GarageBand For iPhone And iPad Gets Sound Packs From Dua Lipa, Lady Gaga, And More

Apple today announced that it is adding new Sound Packs to GarageBand that will be created by famous artists and producers, giving musicians more tools that can be used to create their own works.

Apple intends for the new packs to “be a catalyst for music creation,” with new in-app remix sessions from Dua Lipa and Lady Gaga including videos that involve the artists explaining the story behind their songs. 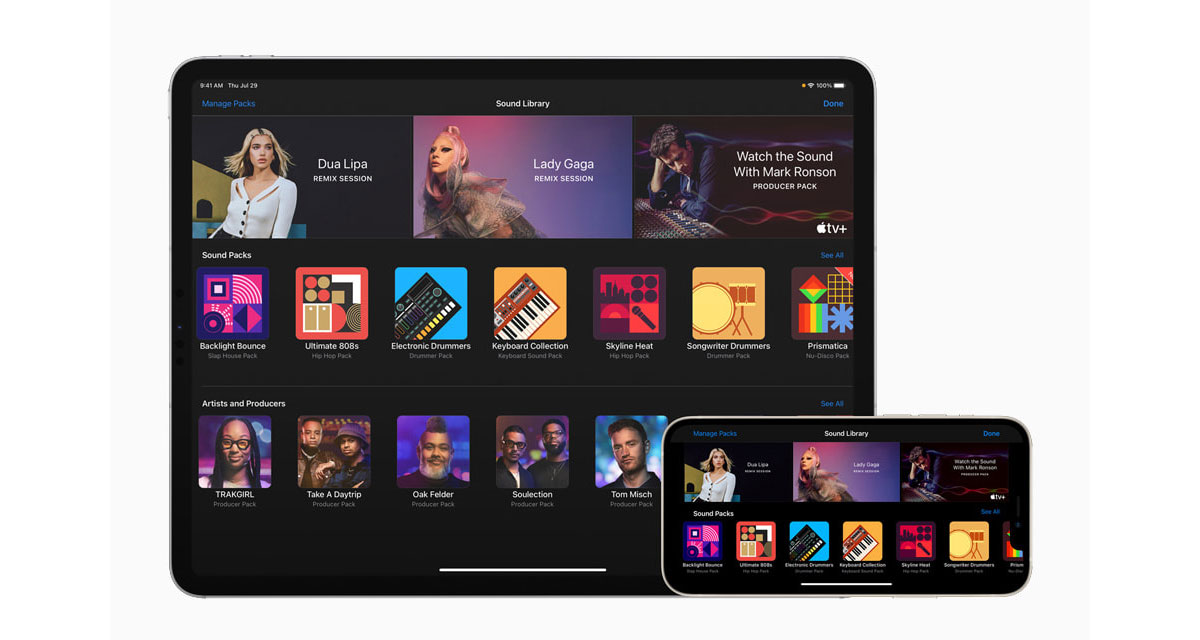 Apple’s Newsroom post goes into detail, including explaining some of the big names involved in the new Sound Packs.

Apple today announced GarageBand for iOS and iPadOS, the most popular music creation app in the world, now helps people unlock even more of their musical creativity with all-new Sound Packs from some of today’s top artists and producers. For the first time, users can learn the art of remixing right within the app with two all-new Remix Sessions offering step-by-step video instruction and featuring hit songs from Grammy Award-winning artists Dua Lipa and Lady Gaga. Musicians can also now create songs with seven new Producer Packs full of beats, loops, and instruments created just for GarageBand by some of the world’s top producers, including Boys Noize, Mark Lettieri, Oak Felder, Soulection, Take A Daytrip, Tom Misch, and TRAKGIRL. An additional Producer Pack provides a special companion experience to the new Apple Original docuseries “Watch the Sound With Mark Ronson,” premiering Friday, July 30, on Apple TV+, enabling viewers to experiment with sounds inspired by the music featured in the show.

The newly announced packs and remix sessions are available for free and can be downloaded from the Sound Library in GarageBand 2.3.11 right now! 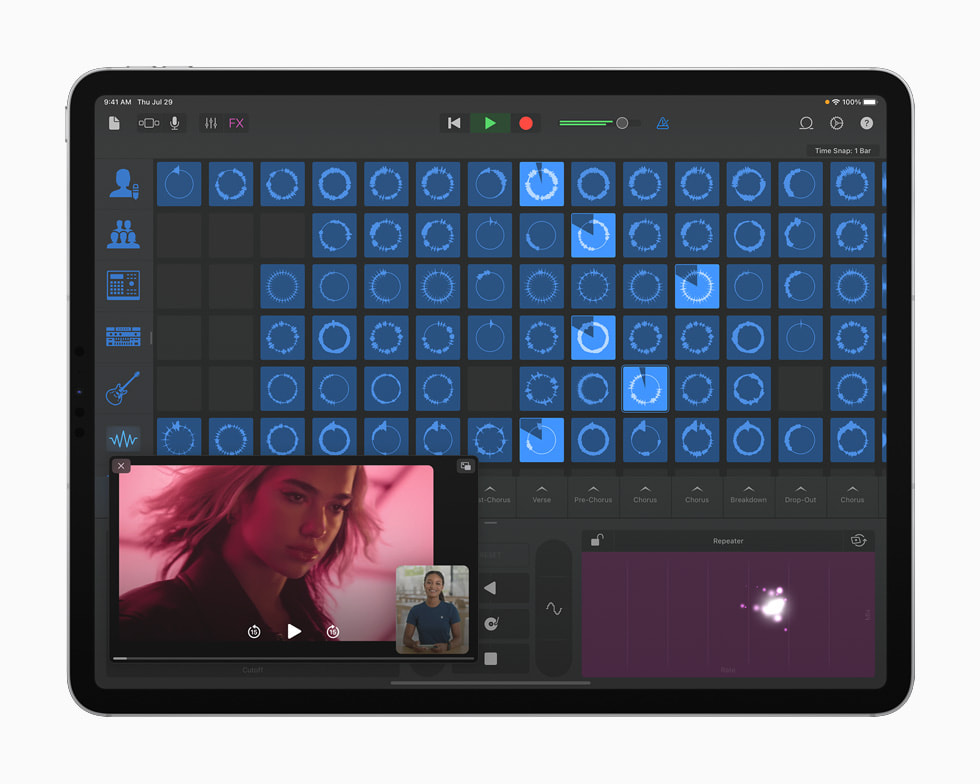