Gandhi and Google – Today, They Go Together

To mark the 140th birthday of Mahatma Gandhi, search engine giant Google replaced the letter ‘G’ on its Indian homepage with the face sketch of Indian Independence leader Gandhi who has been famous the world over for his philosophy of ‘Non Violence’. He, after Rabindranath Tagore, is the second person from Indian subcontinent to appear on Google’s homepage. Other famous personality and elites of the world, including Albert Einstein, Leonardo da Vinci Luciano Pavarotti, Dr Seuss, Andy Warhol, Claude Money, Louis Braille, Pablo Picasso, Vincent van Gogh and Confucius had already been paid rich tributes by making them appear as the ‘Google Doodle’. Recently, Google intentionally changed its logo to a misspelled word “Googlle” to mark its 11th birthday. 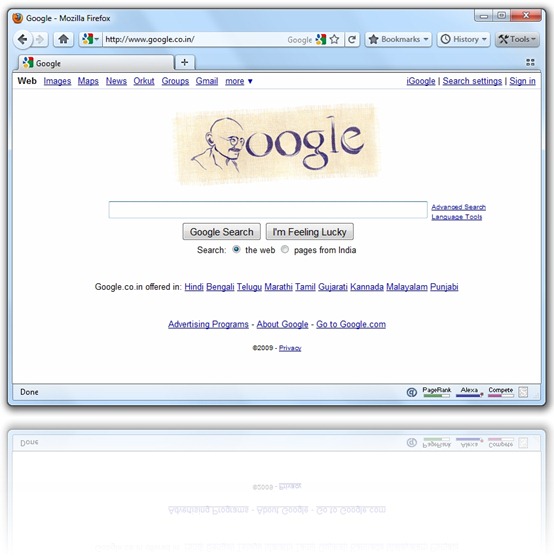 Google Doodles are looked after by Dennis Hwang who is associated with the company since 2000. He has gradually been using the logo to remind people of particular dates or events by incorporating or amending the word ‘Google’ on the home page which definitely doesn’t go un-noticed by millions of users on internet.

Certainly a great thought by Google to remind the today’s generation about the great people or events of the past and what a neat and intellectual way to pay tributes to those who in their life time may not even have thought of the Internet world. Way to go Google!