When it comes to the iPhone 8 and rumors about what it will look like, the one consistent theme is that this year’s design will bring a smartphone that has minimal bezels and maximum screen.

Samsung already pushed the envelope with the launch of its Galaxy S8 handset, and now all eyes are on Apple to see what it can come up with in response to what appears to be a really solid release by the arch enemy. 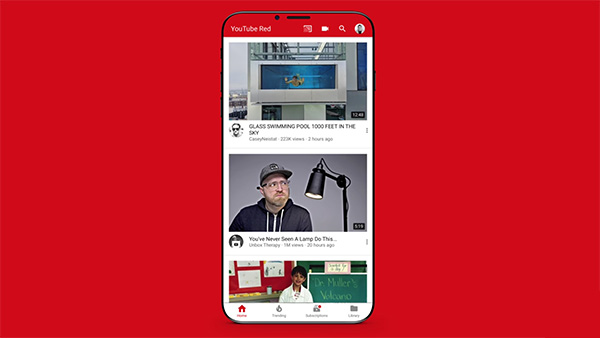 Just about every rumor and report based on information from people “familiar with the matter” follows the same trend – Apple’s iPhone 8 may go so far as to ditch the front-facing Touch ID sensor in order to also do away with the top and bottom bezels that have made the iPhone look a little dated in the last couple of years.

Based on the assumption that not all of these reports can be wrong, YouTube channel DailyTekk has published a new video in which a concept of the iPhone 8 is used to demonstrate how some popular apps could look if an iPhone with super thin, almost non-existent bezels is indeed announced this September. It also compares it with Samsung’s Infinity Display on Galaxy S8.

As the three-minute video shows, the possibilities are impressive. Apps such as Instagram would greatly benefit from the large screen real estate with which to play, and photos and video would look right at home with no bezel to distract the user from seeing what is important – the content.

Unfortunately, the video does go a little far by eliminating the bezels completely for the purposes of the demonstration, but there should be enough here to give you an idea of just what could be possible if Apple has indeed been able to pull out all the stops for 2017. Following three iterations of what is essentially the iPhone 6 design, it’s time Apple brought something impressive to the table just as it used to each and every year not so long ago.