After a relatively small period of calm regarding Apple’s iPhone 8, we are now seeing yet another set of concept renders, but this time with a unique focal point.

Rather than imagining what the entire device experience will be like, these particular images focus on the potential virtual function area of the device, showing how it could look and work. 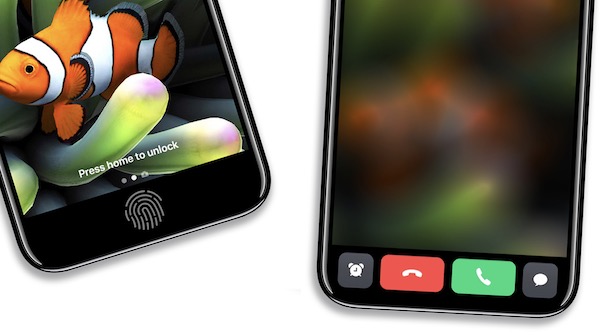 With iPhone 8 expected to have a nearly bezel-less design, the belief is that Apple will make the best use of the new found space by introducing a function area at the bottom of the display allowing users to perform a variety of tasks from a small virtual control panel of sorts. Analysts and industry insiders alike expect this area to be used in a similar fashion to Touch Bar on MacBook Pro by bringing dynamic buttons and options to the user.

As an example, when the user is within the Music app, the function area could show media controls relating to that experience. When that app is exited and the Messages app is brought to the forefront, the belief is that the function area use case will dynamically change by introducing options such as reply or other message related buttons. And that’s the exciting and largely unknown area that today’s renders have chosen to focus on.

The renders proclaim to be based on previous leaks, such as schematics and dimensional diagrams, but they do also show an active in-screen Touch ID option in the function area. 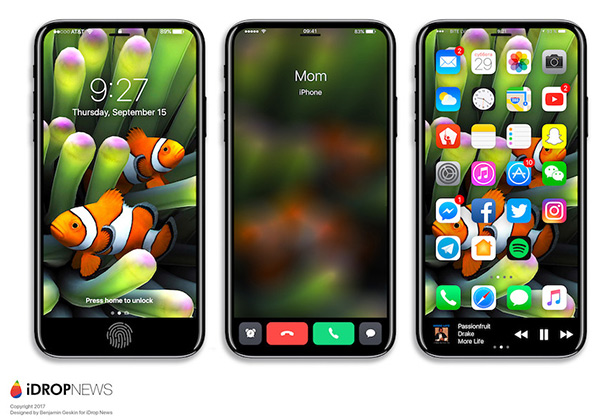 The jury is still well and truly out on whether or not Touch ID will be front or rear mounted. Of course, the fact that this has been created based on leaks would suggest that it may or may not have any real semblance of reality when iPhone 8 is actually released later this year. Nevertheless, it’s still entertaining to view just how some people imagine the hardware/software experience to be. 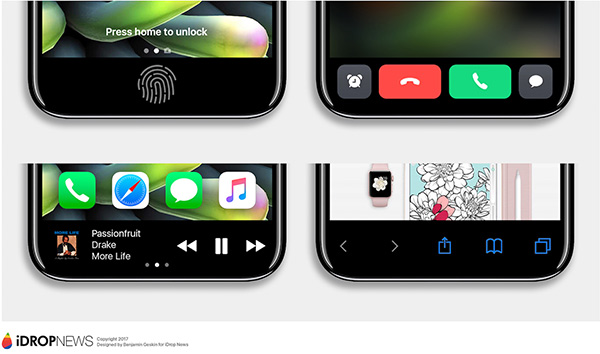 If Apple were to introduce something similar to this imagined function area, would you be happy with that design, or do you think it would be too gimmicky for a serious device like iPhone?

You can check out all the renders from the source link below.