The wait is almost over for Samsung’s next flagship smartphone, with the highly anticipated Galaxy S5 going on sale worldwide next month. The Galaxy S line of smartphones is almost a home run when it comes to sales, but the handsets aren’t always universally well reviewed by those who like to dig a little deeper than simple screen size or fancy software features. This year Samsung hopes to right that.

One area of its smartphone make-up that Samsung has historically struggled with is screen quality. Continually large and continually high resolution, the Super AMOLED screens that the company likes to use in the Galaxy S and Note line of smartphones never disappoints when it comes to contrast and black levels. Unfortunately, when it comes to faithful reproduction of colors, Samsung can often be found wanting. 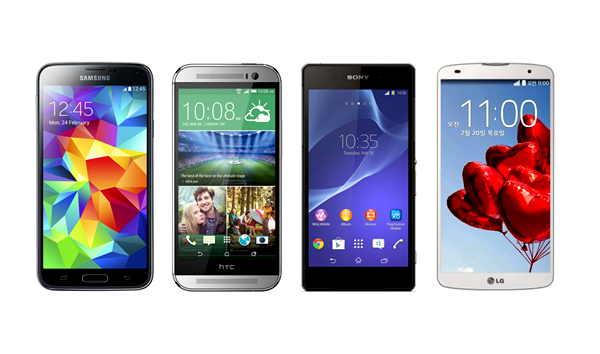 With that in mind, the folks over at ePrice have taken it upon themselves to have a good hard look at not just the Galaxy S5 in isolation, but to also compare it with the other high-end Android phones that potential buyers also have to choose from; HTC’s updated One M8, Sony’s Xperia Z2 and the horrendously named LG G Pro 2. Keen to see how Samsung’s new offering fares in the screen department, that was their main area of focus for the tests.

The good news is that Samsung’s trademark contrast levels remain with the new handset, meaning black looks black and dark areas of images are faithfully reproduced. If you’ve ever tried to watch a movie that looks grey instead of black, then that will be great news for you. 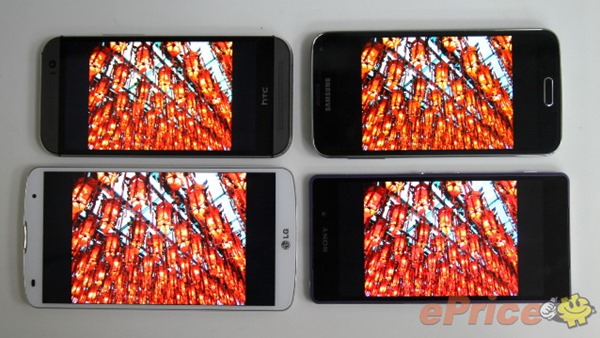 What’s really good news though is the fact that it appears that someone in Samsung’s engineering team has finally got ahold of a color tester, because the Galaxy S5 finally shows colors just how they should look. No more overblown colors (well, mostly) and whites tend to look white rather than the yellow we’re unfortunately so used to. 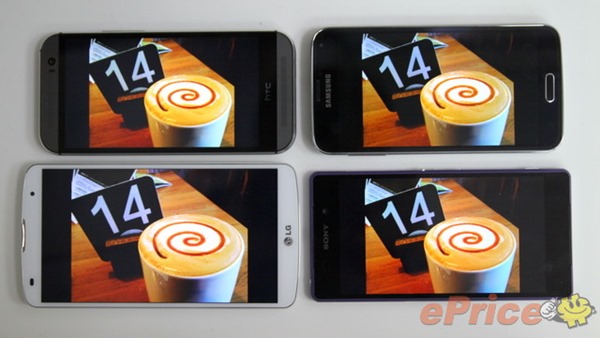 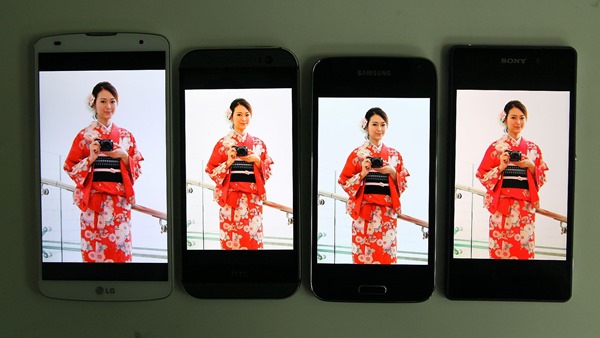 We’ve often been put off Samsung’s screens because of the tendency to show white as something rather yellow with everything else simply appearing too warm, and we’re pleased to hear that is no-longer an issue. A phone needs more than a good screen in order to be a winner in our book, but it sure sounds like the Galaxy S5 is off to a good start at least!