Even though many experts have argued that the vast majority of the hardware within the latest smartphones represents overkill, the OEMs simply cannot resist packing new handsets to the gills with more powerful, cutting-edge technology. As geeks, we’re also rather taken in by an impressive list of specs, and with the hotly-anticipated Galaxy S5 on the horizon, LG has jumped the gun and announced its latest flagship G Pro 2. With a sizeable, uber-sharp display, blazingly fast processor and generally beefed-up interiors, the G Pro 2 is an absolute beast of the smartphone industry, and you can drool over the full details after the leap!

Although Samsung is a recognized force in mobile space, compatriot LG also has a rich history of pumping out great smartphones, and the G Pro 2 certainly belongs in this category.

From the outside, it shares many similar traits to the original G Pro, but since the form factor of its predecessor was a joy to behold, it’s not too surprising that the Korean company has opted to stick with the familiar aesthetic.

Powering this monstrosity is a Qualcomm Snapdragon processor clocked at 2.26 GHz, and while the previous G Pro offered a great view from its full-HD 5.5-inch display, the G Pro 2 takes things up a notch with a 5.9-inch panel. 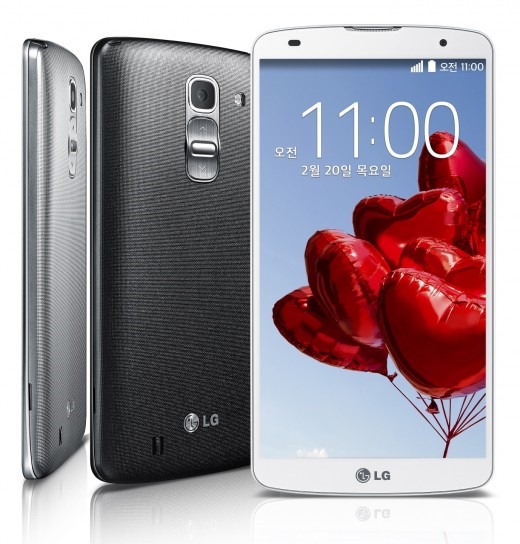 The rear-facing shooter is a 13-megapixel job, while the 2.1-megapixel front snapper offers the perk of a dedicated flash, enabling you to take selfies in the dark.

You get a whopping 3GB of RAM, and as standard, there’s 32GB of on-board storage, although you can increase this by means of a microSD card should you require a bit more real estate. 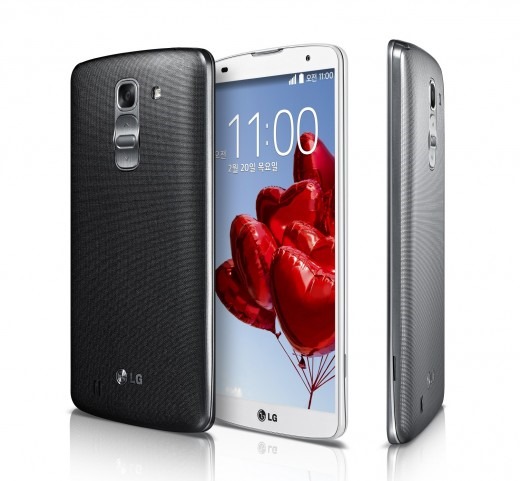 As far as color configurations go, you’ve a choice of white, red or titan grey, and like most flagship Android devices, its maker has laid on plenty of additional software to help you get the most out of the impressive range of features.

By the looks of the press images, it has the beauty to match the brawn, and although we’ll have to wait until the Mobile World Congress before we can really scrutinize this new hardware, it will surely serve as healthy competition to the likes of the Galaxy S5 and HTC One 2.