Apple is reportedly planning on making the move towards a more futuristic logo on its product lineup, with the aim to make it more 3D-like and shine at the edges, says DigiTimes. Accordingly, all 2015 products, including the next-gen. iMac will be featuring the new logo.

This would see Apple depart from the current flat aesthetics employed by all products in its line-up. The current design language of Apple has the company products featuring more metal than plastic, with logos in many of its desktop products cut from the rear casing and adding a plastic insert.

Interestingly, the iPhone 6 / 6 Plus have moved to a cut out style as well, while the previous generations of iPhone featured an integrated logo on the rear side. With the news of the new laser cutting and printing technology, we will be seeing an end to that era of logo design.

It is interesting to note that as this news waves in the Apple rumor-mill industry, a lot of folks are believing that the new logo will be featured on the Apple products set to be announced at the October 16th event in Cupertino. There’s the slight case of whether the new products to be launched at the event are 2015 products or not and if they are, the source has been quoted as saying that Apple is planning on upgrading their logo printing technology. Currently, Apple is able to ship around 12 million MacBooks, 4.5 million iMacs, 75 million iPads and 180 million iPhones a year, so you cannot expect an overnight technological transformation. 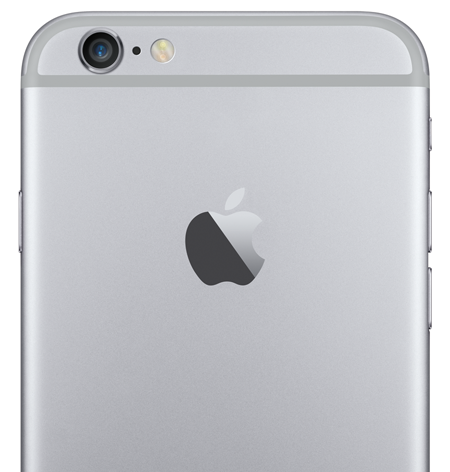 DigiTimes has provided some hit-or-miss Apple rumors in the past, and it does not impress with its over all track record. However, these claims are about to be put to the test pretty soon as October 16 dawns upon us. Apple will be kicking of its event on Thursday at 10:00AM PST, and is expected to finally draw the curtains on some products people have the fingers crossed for. We know iOS 8.1 will be announced, but the iMac and iPads are still shrouded in a web of rumors and speculations.

Would you want 3D logos on your iPhones, iPads, iMacs, and MacBooks? Let us know what you think! Sound off in the comments section below.