It’s been a big day for software updates today, and with some very large companies still yet to push out updates to their iOS apps that add support for the larger screen sizes of the iPhone 6 and iPhone 6 Plus, seeing that little red badge on the App Store is still surprisingly exciting.

The three apps that have been updated today should all arguably have been available long before today, and considering we’re now almost a month beyond the release of both of Apple’s latest smartphones, it’s taken far too long for Facebook, YouTube and Skype to push updates that make their respective apps look less comical on the larger screens. 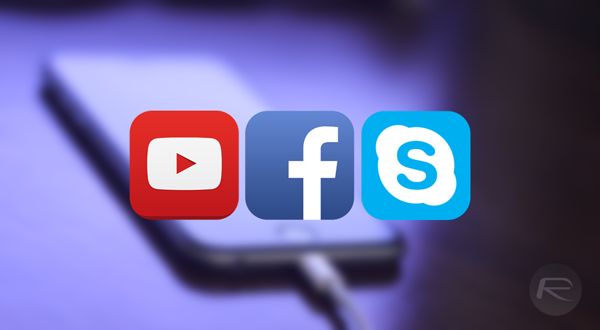 Now that they are here though, there’s some good work that has gone into all three, and apart from Facebook’s ridiculous release notes and version numbering system, even the polarizing social network has managed to come up trumps this time around. 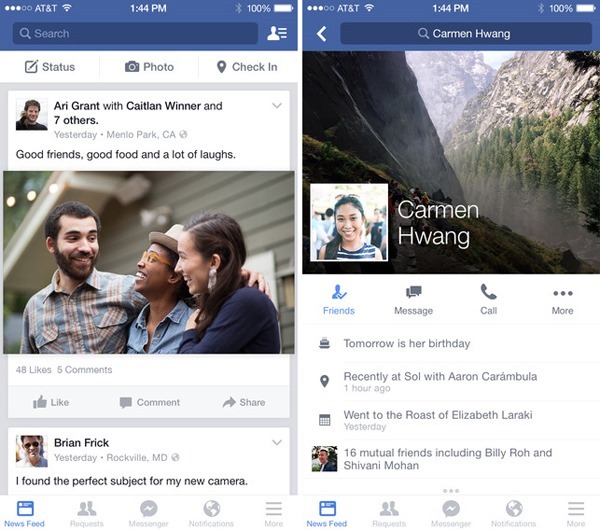 Speaking of the Facebook app – version number 13 no less – the new app certainly looks the part on iOS 8 and the iPhone 6 and iPhone 6 Plus. New, smaller status bars as well as tabs at the bottom of the screen make everything look more like it belongs, and the smaller text and assets mean you’ll see more posts on-screen at any one time and that, after all, is what we wanted these larger iPhones for in the first place. 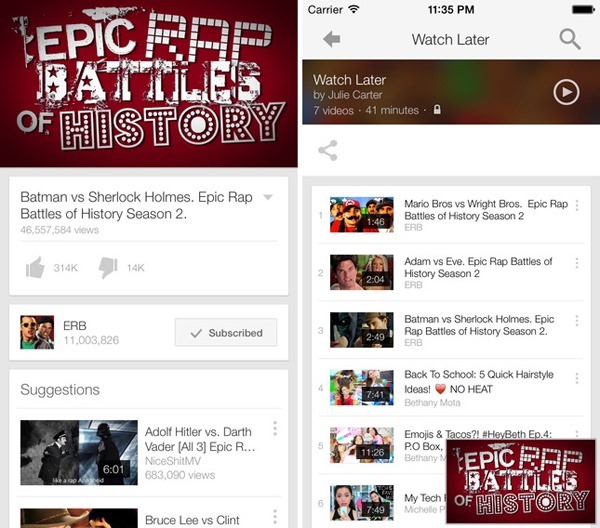 Google’s YouTube app follows Facebook’s lead in giving users access to more content on-screen at the same time, using the larger screens to show more videos in the main view, making choosing the right one to watch a much easier affair. Less scrolling is always a good thing. There are plenty of bugs fixed here too, according to Google. 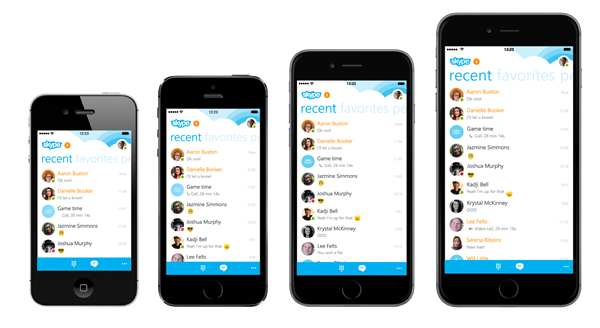 As for Skype, it too takes advantage of the larger screen in order to display more recent chats. Various user interface changes are also included in the Skype 5.6 update, all of which are worth having even without the new, better use of the larger iPhone 6 and iPhone 6 Plus screens.

With those three out of the way we’re now left with three less apps that still need updates. Facebook’s own Instagram still needs an update, so hopefully the company will get that one out the door now the Facebook app is all up to date.