There’s a famous little spot outside the Android Team’s headquarters that hosts the various statues of Android mascots through the generations. To mark the unveiling of Android 5.0 Lollipop, the mascot is back once again and grinning from ear to ear, which isn’t surprising given that he’s holding a lollipop larger than his body.

Every generation of Android has been treated to some kind of flavorsome moniker, some more sickly than others. Before Lollipop, we had KitKat, and prior to that, a double dose of Jelly Bean. Ice Cream Sandwich finally combined Apple’s tablet and smartphone software into one platform, which was previously separated by the rather tasty combo of Gingerbread and Honeycomb. 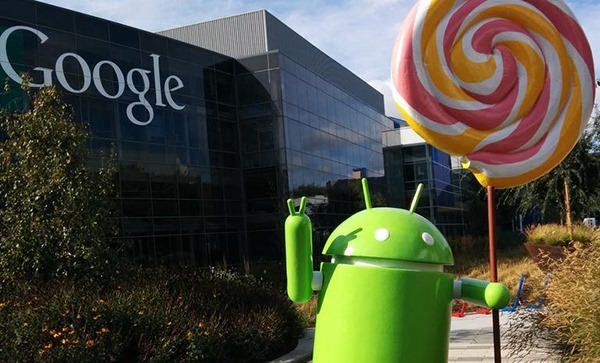 The name isn’t the only mouth-watering thing about Android Lollipop 5.0, for the numerous features, fluid animations and “Material Design” will no doubt equate to a vast improvement over the current state of play. Today at a special keynote, Google also took the wraps off the Nexus 6 smartphone manufactured by Motorola as well as the HTC Nexus 9 slate, and given how similar the former is in terms of profile and specs to the Moto X, we’re perhaps a little bit more excited at the prospect of HTC’s first (decent) tablet.

At face value, Lollipop looks like an exciting update, but let’s just hope that the roll-out isn’t has much of a struggle as it often winds up being. Thanks to fragmentation, updates can often take months upon months to reach certain devices, by certain manufacturers, on certain carriers, and if you’ve experienced this major delay in the past, then you’ll certainly have felt that feeling of disappointment and dismay on many occasions.

Still, with the size of the lollipop that the Android mascot has been given this time around, it should more than last him until next year’s subsequent update, and maybe, just maybe, we’ll get that elusive Key Lime Pie we’ve been yearning for.

Until then, though, this new Android mascot will stand proudly outside Google’s Building 44, beaming whilst gripping tightly onto the decidedly large piece of confectionery, and with a “peace” sign thrown in for good measure, it seems that Google wants to reflect the more personable nature of its mobile software through its mascot.

Check out the clip of the unveiling below: