BlackBerry and Android smartphones have one redeeming feature. No, it’s not that keyboard that everyone seems to love so, nor is it BlackBerry Messenger or Gtalk, the instant messaging system reserved for those unfortunate enough to be at RIM’s and Google’s every beck and call. 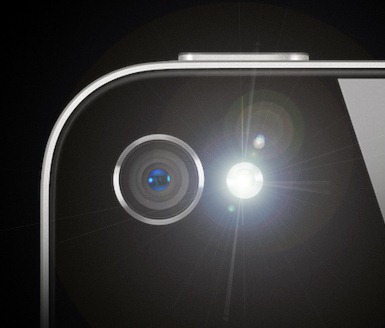 The feature of which I speak is a simple one, yet it’s something the iPhone doesn’t offer right out of the box – an LED notification system, and is something which most iPhone users crave for, including yours truly.

BlackBerry handsets have a selection of LEDs that light and flash depending on the kind of notification received, which is great for telling whether that vibration/notification was for an email, SMS or something else, without ever having to actually look at the screen. Perfect for meetings and such.

As with so many things, the jailbreak community has decided to add this rather basic, yet awesome function to the iPhone, via a jailbreak tweak going by the name of FlashEnhancer. 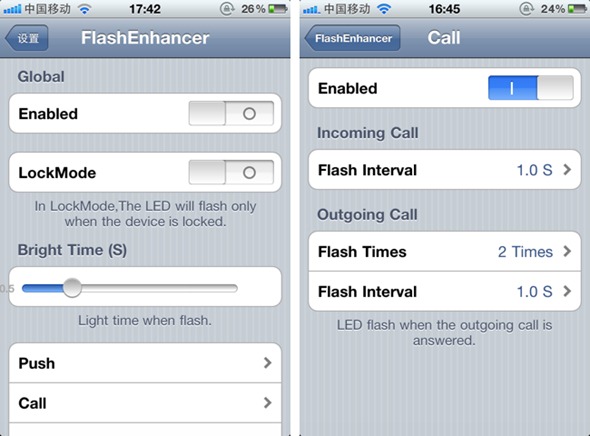 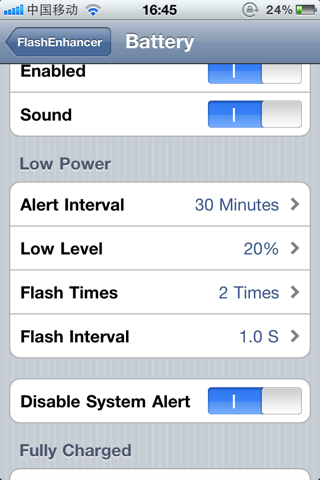 SMS, push notifications, emails and more are all able to be turned into flashing patterns using FlashEnhancer, and it sports more than enough options for controlling just what happens.

You can even have the LED flash when your iPhone is almost out of battery, which is somewhat awkward, considering that a flashing LED would only suck the life out of your iPhone partially.

FlashEnhancer is available in Cydia, the hub for jailbreak apps right now for just $3, which is a bargain if you’re asking us. Who wouldn’t want LED notifications on their iPhone right? Then the $3 price is justified in that matter!

Obviously you’ll need to have a jailbroken iPhone to install FlashEnhancer from Cydia – You can follow our step by step guide posted here to jailbreak your iPhone, iPad or iPod touch on iOS 4.3.5 using Redsn0w (or PwnageTool), or on iOS 4.3.4 using Redsn0w or PwnageTool (iPhone, iPad, iPod touch), or iOS 4.3.3 using Redsn0w, PwnageTool, Sn0wbreeze & JailbreakMe (that last one being the easiest). If you’re already using iOS 5 beta, you can jailbreak it using tools like Redsn0w (for Mac and Windows), or Sn0wbreeze.