If you’ve used an Android-powered Nexus S for an extended period of time, you should probably be aware of its outstanding support for NFC payments, allowing users to simply tap their phones on modern credit card terminals in order to purchase goods. It now turns out that you can embed NFC chips into any iPhone 4 rather easily, as long as your bank provides small credit cards with NFC chips. 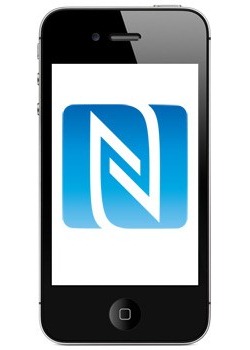 This procedure involves modifying the phone’s hardware, which can be out of reach for most users since any misstep could cause irreversible damage. Since applying this modification will almost definitely void your warranty, you should keep in mind those risks before you actually proceed to embedding your NFC chip.

With that said, the procedure itself simply involves removing the phone’s back, which can be done by removing a couple of screws from the bottom of the device, close to the computer connector port, and gently sliding the back plate upwards. This will reveal the phone’s internals, where you’ll likely be able to squeeze in your NFC chip behind your battery: that’s the best place it should go, and by far the safest. Do not attempt to place it in direct contact with conductive components inside the device since that can cause damage to both the phone and the NFC chip. 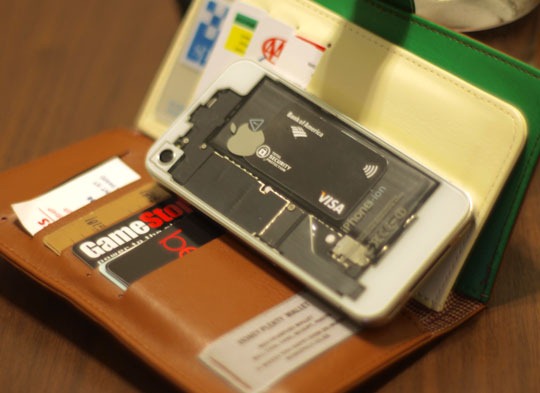 Once the procedure is done, you should be able to simply slide the phone’s back plate back on. From this point, you’ll simply be able to take your phone and tap it on all supported NFC terminals in order to make your purchases. Although covered by the plastic and glass back plate, the chip should have no problem contacting with the card terminals, making transactions smooth and effective.

Support for NFC, which stands for near-field communication, was rumored to be included in the upcoming iPhone 5, but the rumor was later debunked. Similarly to what Apple has done in the past, the company is being prudent when adding new technologies and likely waiting until NFC becomes a credible trend before implementing it in the next-whatever iPhone. It’s this rationale that has to this day stopped Apple from implementing official Blu-ray support in all Mac computers. Before a technology makes it to an Apple product, it must be solid and mature. Near-field communication might just not be quite there yet.