First Photo Of iPhone 6 Front Panel, Battery Surfaces, This Is What They Look Like [Updated]

A couple of new leaks have emerged today that may once again offer clues as to what we should expect of the so-called iPhone 6. Given that the model packing a 5.5-inch display has been hit by delays, we’re anticipating that Apple will deliver a new handset with a 4.7-inch panel around September time, and an interesting apparent leak of the device’s front panel seems to back this notion up.

The leaks are arriving thick and fast right now, but encouragingly, they do seem to tie in with one another. Of course, this could mean that folks have faked certain elements, tying them in with reports in order to render them believable, but the front panel leak, which has emerged via China’s Sina Weibo social network, looks about as legitimate as any we’ve seen so far.

Placed alongside what would appear to be a black iPhone 5s, it’s clear that the display of the front shell is almost as large as the current flagship itself, and the snapshot offers a fairly solid idea of just how much larger the iPhone 6 will be if its Cupertino maker does intend to go larger with its next release.

In the background, if you look closely enough, you can see a whole bunch of these front shells, suggesting that if production hasn’t begun already, it’s not too far from commencing. 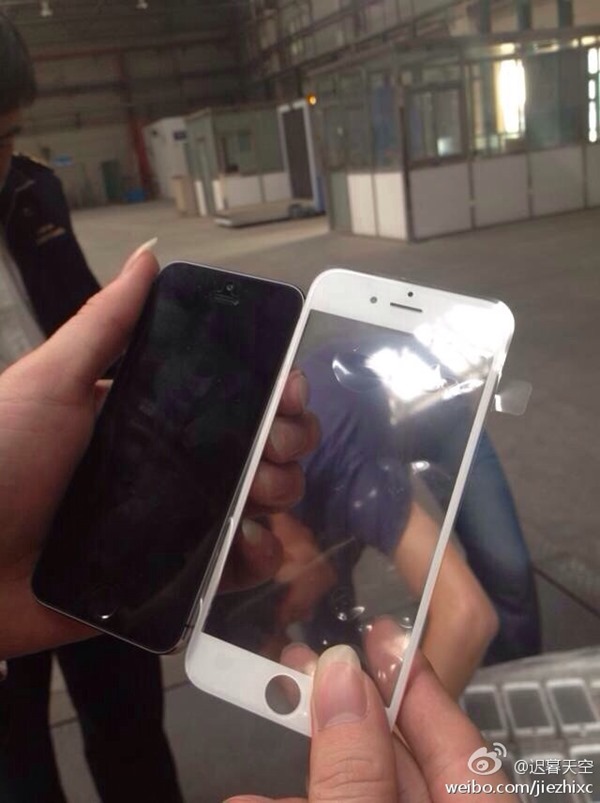 In addition to the Sina Weibo leak, French blog Nowhereelse.fr has once again come through with some new information, this time with regards to the iPhone 6’s battery. What you see depicted are a bunch of the handset’s batteries prepped for the production line, which further suggests that Apple’s manufacturing arm is very much ready to build. 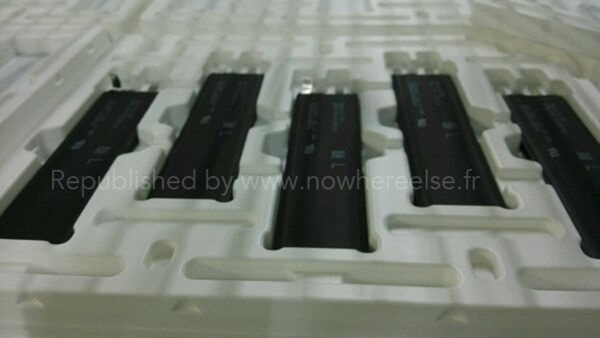 It’s hard to glean much from the solitary shot, which, as is typical of these kinds of leaks, is in fairly low resolution. However, there are distinct similarities between the batteries seen in the snap and pre-existing iPhone batteries, so it’s certainly possible that what we’re looking at here is the real deal.

The current consensus is that an iPhone 6 with a 4.7-inch display will release in September, with an even larger device with a 5.5-inch panel arriving perhaps in time for the holiday period towards the end of the year. Should we hear any more interesting tidbits, we’ll be sure to let you guys know, so stay tuned!

Update x1: A new photo of iPhone 6 front panel has now popped up on Weibo, showing it side by side with current iPhone 5/5s. 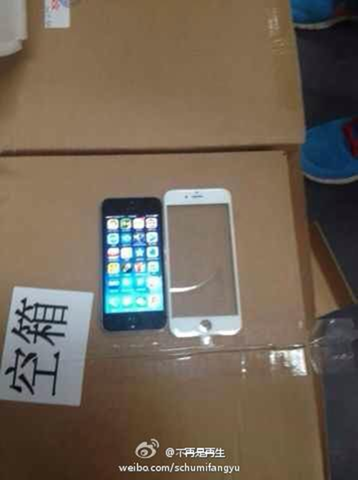