The probability of the next-gen iPhone sporting a 4.7-inch display seems to increase with each new discovery, and today, a mold of what its alleged to be the iPhone 6 only underlines this ongoing belief. Given that a further, 5.5-inch version of the next Apple smartphone seems beset by delays and other issues, the focus of the spotlight is now almost squarely upon the smaller handset sporting a 4.7-inch panel, and although it’s hard to glean much by way of specifics from today’s new leak, the depicted mold appears as though it could facilitate a display of roughly this size.

The credit for this particular scoop goes to the France-based Apple blog Nowhereelse.fr, which has a fairly good track record for legitimate leaks. As you can see, the mold has a tapered edge, which is somewhat in line with reports that the rear side of the device will look significantly different from the current configuration, although we have been led to believe that this would offer the iPhone 6 a rather more iPad Air-esque finish.

Nowhereelse.fr is of the impression that this particular mold is incomplete, but although the iPhone 4s alongside the mold isn’t particularly useful for a comparison – an iPhone 5 / 5s would have been a lot more sufficient. 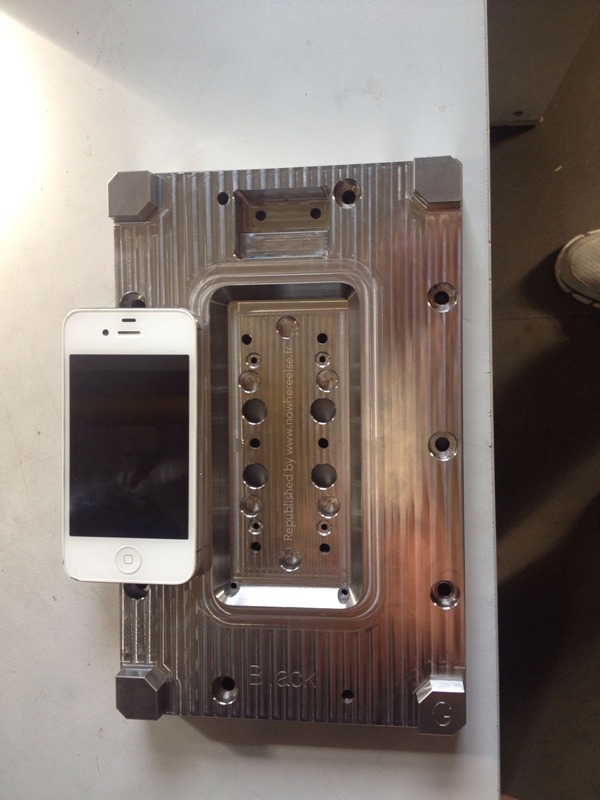 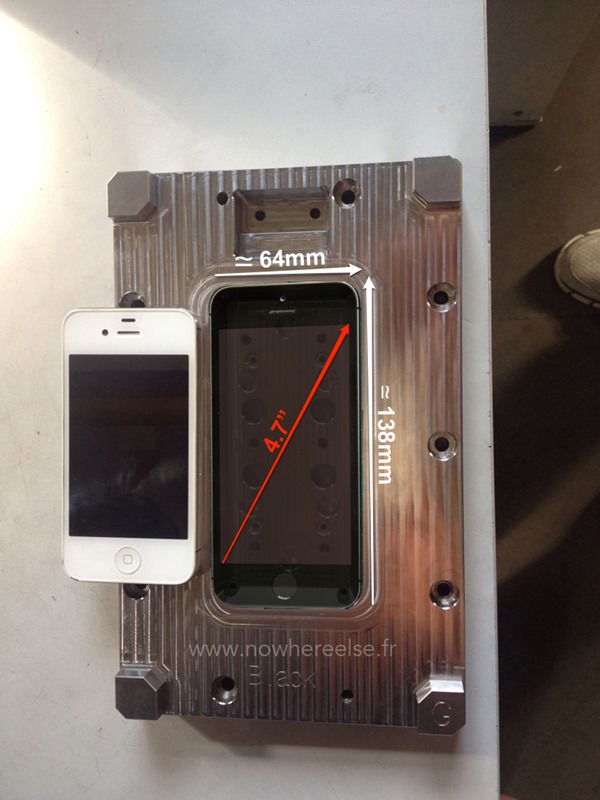 As you can see, it would more than facilitate a 4.7-inch display, which would offer significantly more real estate than any Apple smartphone released during the past seven years. A fair proportion of iPhone users have been waiting in hope that Apple would come through with a device to compete with some of the larger handsets released on Android and Windows Phone, and there’s a genuine feeling that this year, said wish will be granted by Tim Cook’s hardware design team.

The 5.5-inch model, which was rumored heavily initially, looks set to miss the initial launch, with the latest we heard being that it might make it out in time for the holiday season. The 4.7-inch model, meanwhile, could be ready in time for release around September, one year after the retailing of the Touch ID-enabled iPhone 5s.