Users of Facebook Messenger will now see text previews of voice messages, assuming their account has had a magic switch flicked.

Even in 2015 and with so many excellent ways of communicating available to us, the humble voicemail just won’t die. Originally created as a way for people to leave voice-based messages for people who are not reachable for whatever reason, voicemails have now started to creep into instant messaging apps on every platform. Even Apple’s iMessage now allows short voice messages to be sent and received. 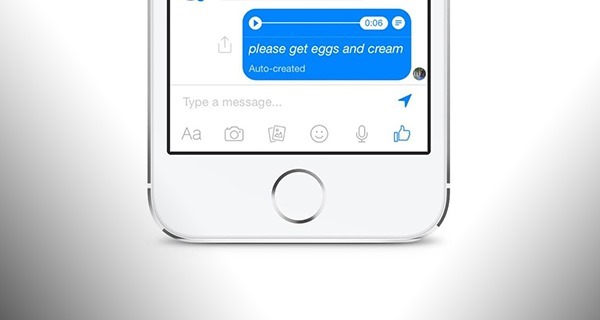 The problem is that while sometimes sending a voice message is more convenient than having to type it out, listening to it is usually less convenient for the recipient. For that reason, any sort of transcription element is always welcome, and that’s exactly what the popular Google Voice has been trying to get right for years. Fancy voicemail solutions such as Libon have also tried their hand at transcribing voice messages, but so far few have managed to get it quite right.

That isn’t about to stop Facebook from giving it a try though, with David Marcus, the man behind Messenger, announcing that the app will allow some people to receive text transcriptions of in-app voice messages, giving them a preview of what the audio message says. 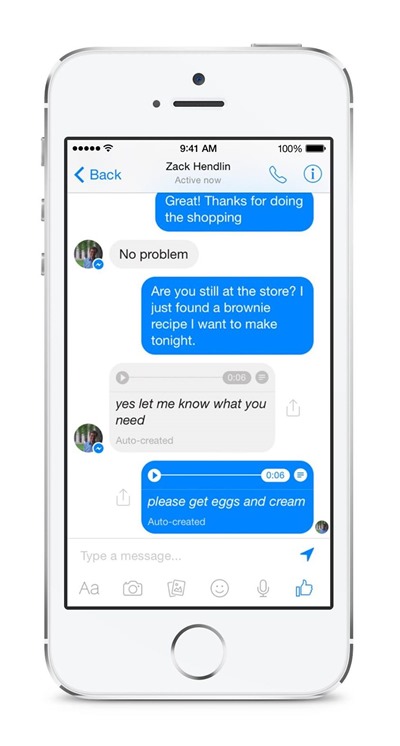 Writing in a Facebook blog post, Marcus says that the plan is to roll the new preview feature out to at a ‘tiny scale’ while the company gets to grips with things, and given the fact that voice message transcription is extremely hard to do right, we can’t blame anyone for not wanting to flick the switch for all of Facebook’s users just yet.

Facebook’s testing has already begun and those who’s accounts have been activated should see text previews start to appear for both sent and received voice messages soon enough.