Facebook’s Messenger app offers an impressive inventory of different tools and features, and, even compared with longer-serving rivals, caters to most users’ requirements with aplomb. However, one glaring shortcoming is that of video chat – specifically the lack thereof – and with millions of clips shared on the Menlo Park firm’s social network, it seems almost criminal that something so basic remains missing from Messenger. Still, an official announcement today has confirmed that video calling will soon be included among Messenger’s features, with iOS and Android users across 18 different nations benefiting initially.

As announced via the company’s official Newsroom, face-to-face video chat is coming, and sparking up a video convo is as simple as tapping the video icon in the top right corner of the in-chat display. With VoIP already part of the Facebook Messenger package, it was somewhat inevitable that video calls would join the party at some point, and even though it has only just been announced, the company is touting it as “fast, reliable and high quality.” 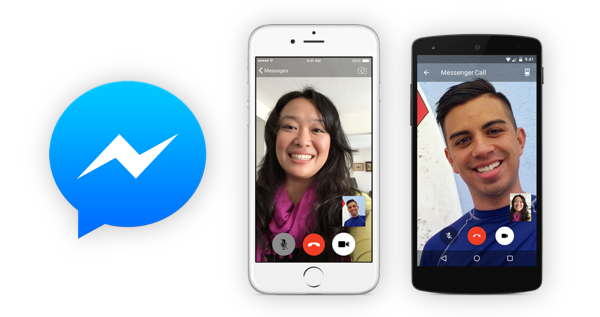 Certainly, it can’t be any worse than WhatsApp’s VoIP chat, which has, in recent months, been pushed out to Android and, a few days back, iPhone. The company that Facebook stumped up $22 billion for just over a year ago may be regarded as the go-to IM app of the developing (and much of the developed) world, but its voice calling feature leaves much to be desired, and so here’s hoping that Facebook Messenger’s voice hat is at least a tad more refined. 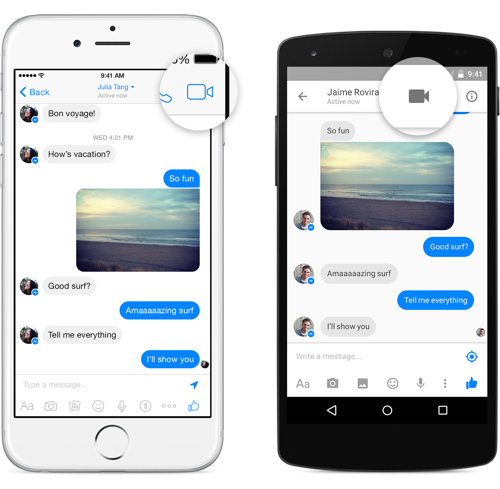 Facebook says the feature will begin rolling out today, and has outlined 18 launch countries:

The new feature will spread its wings to other locations “over the coming months,” continues the official blog post, and when we’ve further information on the where and the when, we’ll have those details covered here.