Apple TV has continually added content streams and services over the past year or so, as part of the company’s concerted effort to boost the profile and general value of its set-top. NBC Sports is the latest addition to the fold, and if you’re a big sports fan, you’ll be pleased to learn that live streaming of events is also included in the deal. Full details after the jump.

Having been an early adopter of the Apple TV, I initially found it to be a bit of a luxury product. Not a luxury product in that it felt luxurious, but actually, more of a frivolous purchase that, for a long time, seemed a waste of a hundred bucks. 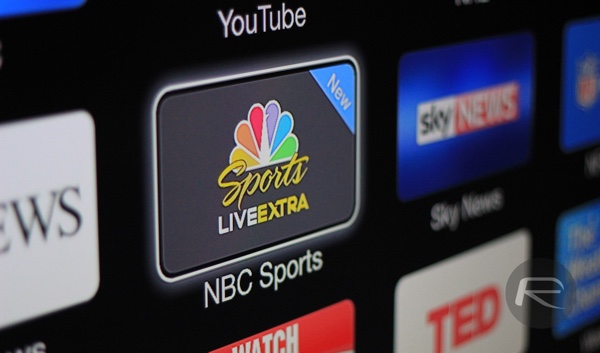 Sure, it looked pretty, but aside from AirPlay, offered very little of use. Actually using the interface was something I did rarely, and this certainly wasn’t aided by the overly minimal (read: borderline unusable) remote control.

But the arrival of the Google Chromecast seemed to put paid to Apple’s complacency, and the Jobs / Cook-inspired claims of Apple TV’s hobby status quickly faded. Sure, the Chromecast wasn’t – and isn’t – a set-top in the traditional sense, but seemed to underline the emerging idea that the hardware was largely irrelevant compared to the content, and over the past 18 months or so, Apple TV has broadened its horizons massively.

Earlier this month, Apple’s exclusive HBO NOW service went into effect, offering a one-month free trial to Apple TV and iOS users in what was seen as a massive coup for both HBO and the Mac maker. Now, there’s an all-new sports channel to behold in the shape of NBC Sports Live Extra, offering live coverage of events that you’d otherwise find on the likes of NBC, NBCSN and Golf Channel. 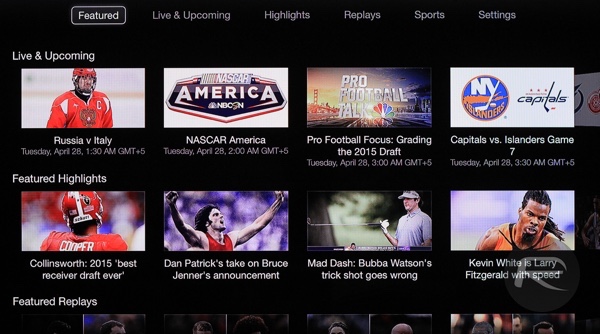 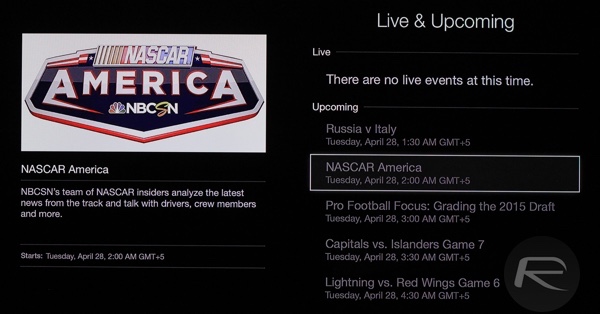 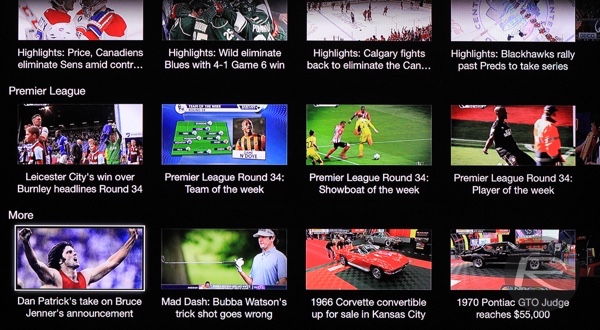 Along with the live stuff, you get plenty of replays and highlights of events, all of which is free of charge. If you verify your cable subscription, you can access the full channel, which offers additional content from the likes of CNBC, but even if you’re not a paying subscriber, the NBC Sports Live Extra brings quite a bit more to the Apple TV repertoire.