HBO NOW Launches On Apple TV And iOS, Here’s How To Get Started

Apple made a series of announcements at its Spring Forward media event on April 9th, and aside from Apple Watch and the all-new MacBook, the company also announced a deal to bring HBO to its range of products. HBO NOW, as it is known, has taken a month to finally hit the scene, but if you’re rocking an Apple TV, iPhone or iPad, you can give it a whirl thanks to the 30-day free trial that is being offered.

HBO NOW is quite a coup for Apple, and shows just how far Apple TV, in particular, has come along during the past year. The little black box wasn’t getting a great deal of love from its maker up until recently, when swathes of content streams were added at regular intervals, and HBO NOW brings hit shows like Game of Thrones to the set-top for a $14.99 subscription fee.

At this moment in time, HBO NOW is exclusive to Apple devices, but once that deal has run its course, expect other platforms to reap the benefits of HBO’s expansion.

The 30-day free trial is not going to run forever – you’ll only be able to take advantage if you sign up in April – and thereafter, you’ll have to pony up the $14.99 fee if you wish to continue. 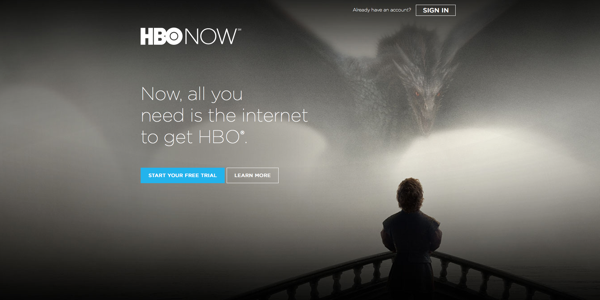 If you don’t own an Apple device, you can still sign up via the hbonow.com website, although in the name of pure convenience, let’s hope the Google Play Store and other content portals see an HBO NOW app in the not-so-distant future.

If you are looking to subscribe, you can hook HBO NOW up to your iTunes account for purpose of payment, and since there’s no contract, you aren’t tethered to any agreement and can cancel as and when you wish. 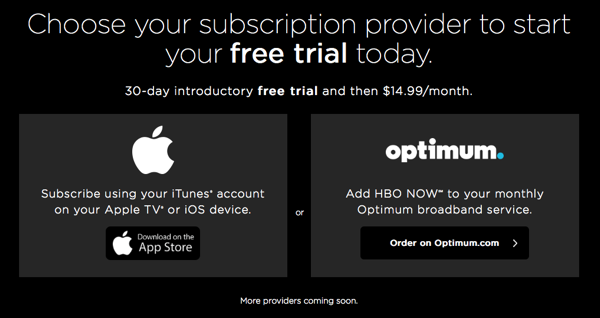 Where HBO NOW is, for the time being, an Apple exclusive, it’s also reserved for those in the United States for now. In future, it seems likely that HBO NOW will trickle out to other territories as with most services of this nature, but at this moment, you will need to reside in the U.S. if you want to enjoy HBO’s vast catalog of streaming content on-demand.

Here’s how you can sign up to HBO NOW: 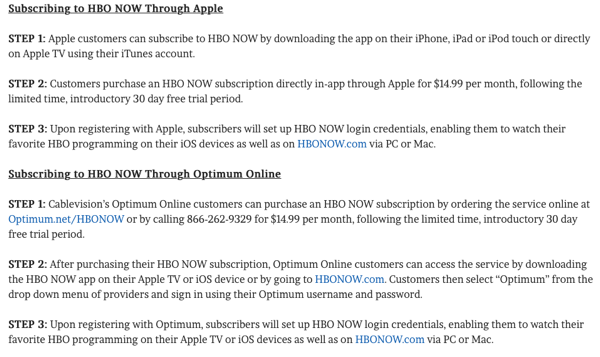 You can download the HBO NOW app for iOS from here.