The Apple Watch try-on sessions will commence from this Friday, with the retail date arriving on April 24th, in just over two weeks’ time, and although it’s rather early to be casting aspersions, many are suggesting that this product could reach iPhone levels of popularity. Naturally, one might expect queues to form outside Apple Retail Stores in the days and hours leading up to the official launch later this month, but as per a new memo sent out by Apple SVP Angela Ahrendts, those days are long gone.

Ahrendts, for those who are not aware, used to work as the CEO of fashion company Burberry, and while Apple is primarily a tech firm, there’s no doubt that its products greatly influence – and are influenced by – popular culture. Thus, Ahrendts has been drafted in to help improve Apple’s brand identity, particularly with Apple Watch impending, and while the Mac maker has drawn much publicity from having lengthy lines of early adopters gathered for every major launch, it doesn’t exactly cover the firm in PR glory.

The memo, which is a follow-up on the note she sent out only a couple of days ago, advises staff to encourage purchasing from the online store. Not only will it be better stocked with the Apple Watch along with the new 12-inch Retina MacBook, which means less disappointment, but it helps to lessen the bustle and general fuss that can often spill over to unpleasantness as hordes of tech fans form the congregation.

An excerpt from the memo reads:

The days of waiting in line and crossing fingers for a product are over for our customers. The Apple Store app and our online store make it much easier to purchase Apple Watch and the new MacBook. Customers will know exactly when and where their product arrives. 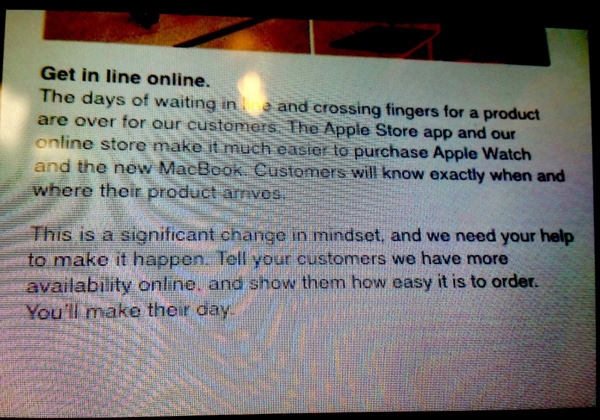 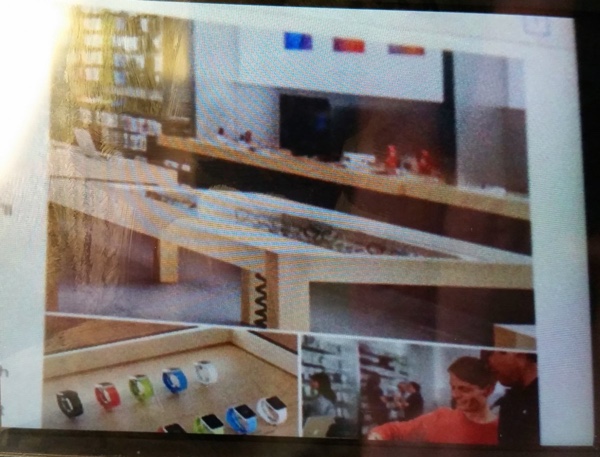 Having queued unsuccessfully for the iPhone 5s back in 2013 – only to miss out by a couple of spaces – I think this is a great move on Apple’s part. In a day where many of us shop online for its convenience, queuing for hours on end – often in vain – makes no sense, and here’s hoping that Apple has enough stock to meet the early demand of these new arrivals.