Facebook, despite all appearances, is determined to make everyone think it wants to help out with their security. As part of that process it’s apparently working on bringing Face ID and Touch ID security options to its Facebook Messenger app.

But with the support of Face ID and Touch ID users will be able to add an extra layer of biometric security to proceedings, just as they can with other messaging apps – including Facebook’s own WhatsApp.

We want to give people more choices and controls to protect their private messages, and recently, we began testing a feature that lets you unlock the Messenger app using your device’s settings. It’s an added layer of privacy to prevent someone else from accessing your messages. 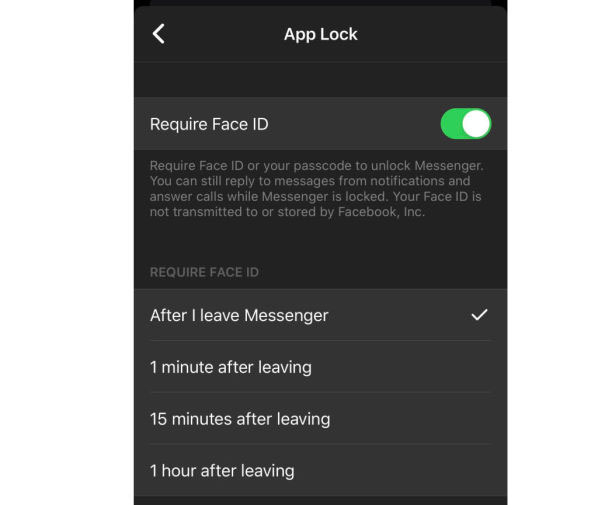 There’s no indication when any of this is going to come to the app that we can all download from the App Store, though. Facebook isn’t known for moving quickly with these kinds of things. We’d suggest just using another, secure messaging service that doesn’t go near Facebook’s servers anyway – Signal would be top of the list, for example.