While the blogosphere remains preoccupied with iOS and Android – the two titans of the mobile device industry at this point in time, Windows Phone is looking more and more like it has the potential to be something of a dark horse. For those already won over by Microsoft’s ecosystem, you’ll no doubt be pleased to learn the official Facebook app has now been updated to version 2.5.

Released contemporaneously with the official Facebook Camera app for iPhone, Facebook has updated and enhanced the Metro port of its mobile app. The Facebook app, which is available on most devices with a color screen, is famously buggy, and given that Mark Zuckerberg and friends have yet to adequately monetize the various incarnations of the smartphone and tablet utility, it’s now becoming the proverbial elephant in the room – especially given the well-document IPO just six days back.

Still, Windows Phone is quite unique to anything else out there, and the Facebook app is no exception. In my limited experience with previous versions of Facebook for Windows Phone, I have found it to be quite a bit tidier than the versions found on iOS, Android et al, and it does point, perhaps, to how Facebook should look and feel on a mobile device. 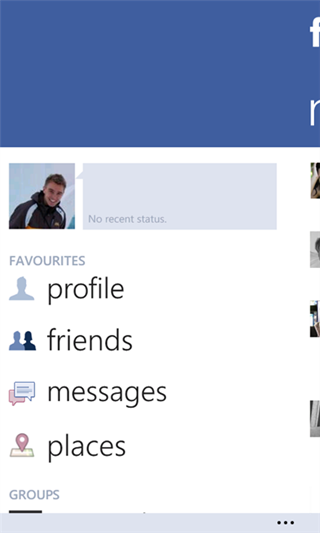 Most of the changes were announced back in April, and include threaded messaging (Metrofied, of course), and you can now tag friend and locations in you Facebook posts using the familiar "with" or "at" options. Also added to the mix is the ability to delete posts and comments, which can be achieved by simply tapping and holding the context menu, while you can also tap and on links within post to jump straight to their content.

If you’re not too familiar with Windows Phone, you will probably be thinking the aforementioned features have been around for years. Well, they have on most OSes, but Windows Phone is still in relative infancy, and while I’m more iOS orientated than anything else, I do feel the Windows Phone app is being carefully arranged – like an expensive piece of software – rather than simply rushed out with more bugs inside than a rotten apple. 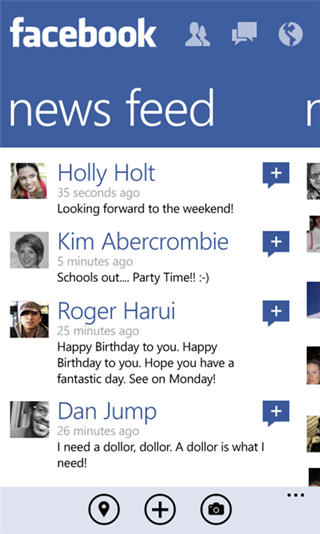 Also on the menu is the ability to ‘like’ comments, which is said to have been included by "popular demand." Alas, if you can’t show your appreciation for somebody’s sarcastic comments, then what can you do?