Facebook for iPhone App has Over 100 Million Users! That is as Much as All iOS Devices Sold by Apple

According to a recent post on Facebook blog, Facebook has over 150 million users actively accessing the worlds largest social networking site via mobile devices. Out of those 150 million active mobile users, “Facebook for iPhone” accounts for a staggering 100 million users per month. Now that is as much as the number of iOS based devices (iPhone, iPad and iPod touch) sold by Apple as per June of this year. What this means is that there is a “Facebook for iPhone” app installed on almost every iOS device ever sold! 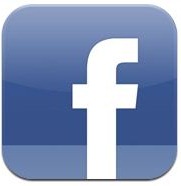 David Kirkpatrick, author of The Facebook Effect has an interesting take on this:

The Facebook application is by far the most important application on both the iPhone and the iPad. Without the Facebook application, my own opinion is the iPhone would never have become as important as it is. It’s the single most widely used application. It’s so heavily used compared to other apps that I have been told by someone who thought he knew the data — this is highly secret data and I don’t know the actual numbers — that more than half of all usage of the iPhone of apps, other than those provided by the phone itself like telephony and email, is coming from Facebook. And on the iPad, too, it’s just a huge, huge part of usage. So in a way, Apple and Facebook are joined at the hip, and I think that’s one reason why Zuckerberg and Jobs have been spending time together.