The coming weeks are all going to be about first-person shooters on consoles, as we head into the holiday shopping season, but if you prefer your gaming experience a tad bit desk based with a few more vehicles, then the recent announcement from Feral Interactive may just get your excitement levels rising. Although they haven’t announced any official release dates, the company has lifted the yellow flag to announce that they will be bringing F1 2012 to Mac OS X.

The creation will be the official game of the 2012 FIA Formula One World Championship, with Feral Interactive seemingly proud of the fact that it will be the first Formula 1 game to be released on to the Mac in over a decade. As you might expect from a Formula 1 game on the Mac, players will be able to assume the role of a world championship driver and see the racetrack from behind the wheel of a lightning fast super-car.

Gamers will also benefit from the fact that it will be an official creation, meaning that all of the famous teams, drivers and real racing circuits on the racing schedule will be included. For the first time in ten years; OS X users will be able to jump into the cockpit of a McLaren or Ferrari and race around the world famous Monaco or Silverstone tracks as they compete to finish as the 2012 FIA World Champion. In addition to the tried and tested tracks that have formed part of the season over the years, a bunch of new circuits like Marina Bay will also be included. 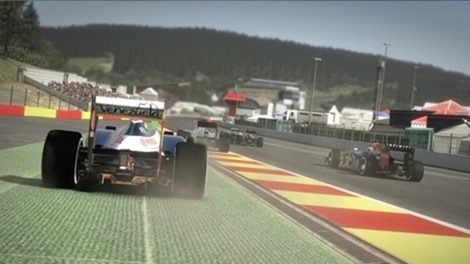 Gamers will be able to get a fair bit of mileage out of the F1 2012 game with a number of different modes including a Quick Race setting, Season Challenge mode and a full-blown Career Challenge game that allows players to compete to be top of the constructors. Multiplayer support is included with online matching systems as well as over a local network with split-screen support. As mentioned earlier, we don’t have any official date for release, with Feral Interactive stating that the game will be coming "later this year", but that wait certainly won’t dampen the excitement of racing fans who have waited over ten years for an F1 game on the Mac.