iPad mini Is Overpriced At $329, Says President Of The Windows Division Steven Sinofsky

The iPad mini, which was announced earlier this week by Apple at a special event in San Jose, has received decidedly negative reviews from consumers and bloggers alike. Microsoft exec has, perhaps unsurprisingly given today’s release of the Surface tablet, waded into the iPad mini debate, and even less shockingly, he’s not a big fan of Apple’s slightly smaller slate.

Talking to AllThingsD, Microsoft’s head of Windows and Windows Live division stated new notebooks running Windows 8 are of much better value than the iPad mini. He went further, dubbing the slab a “a seven-inch recreational tablet,” and believes the $329 starting price is simply too high. He then pointed to several Windows 8 laptops starting at $279 while still packing in a vast number of features.

Although Sinofsky’s comments will have been partially fuelled by Apple CEO Tim Cook’s jibe in which he compared the Surface to “a car that flies and floats [but doesn’t] do any of those things particularly well,” it’s fair to say Sinofsky isn’t the only person with such sentiments. 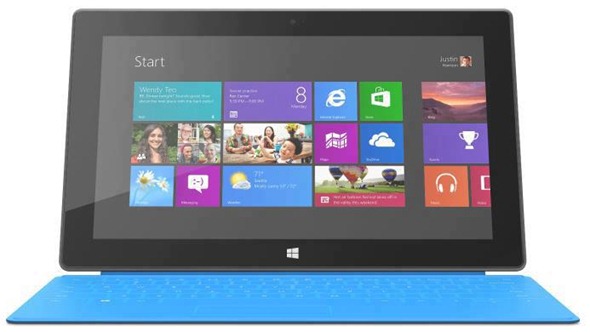 The iPad mini certainly looks the part, but Apple cannot sell a tablet based on prettiness alone. There has to be at least a degree of substance to the purchase, and if one actually looks at the features of the iPad mini, it’s a bit of a head-scratcher in places. The display, for example, is not up to the standards of any new iOS device released early 2011, and although the A5 processor is more than enough to power it, one can grab the "proper" iPad complete with a Retina display and an A6X processor for an additional $170.

The buzz about the Kindle Fire and the Nexus 7 was all about the price, but with those devices costing under $200, it’s as if Apple has stolen some of the thunder of those aforementioned devices without actually being deserving. At $250, the iPad mini would have been a sure-fire winner – no questions asked – and although I’d still suspect strong early sales, asking so much for a device with an average display might just have killed some of the buzz.

The proof of the pudding will be in the eating though, and although the experts aren’t thrilled about the iPad mini, that isn’t to say consumers won’t be.