If you haven’t yet been able to experience the magic of jailbreak on your iOS device, and often find yourself feeling envious of the world of tweaks it offers, you should know that there’s now a way for you to get a taste of said customization without having to unchain your device. After being hyped the past several months, Extensify finally saw a soft launch today, with promo codes handed out to some users. Additional codes will be handed out each week till the final release, a date for which hasn’t yet been provided.

The app claims to “extend the possibilities of your iOS device” by allowing users to tweak third-party apps without the need of a jailbreak. It acts as a store for these tweaks, much like Cydia but way closer to Apple’s App Store in terms of UI. Users can browse through the store by tweak or app name, date added and updated. Installation of tweaks is as simple as installing an app from the App Store, though it doesn’t work exactly the same way as it does for Cydia tweaks. 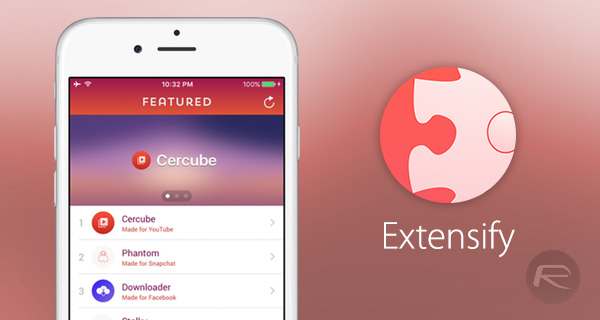 Extensify doesn’t tweak installed apps. Instead, it installs tweaked versions of select apps called Exos. So, if you already have Instagram on your device, for example, and you install an Instagram Exo from the Extensify store, you’ll have an additional, tweaked version of the app labeled “Instagram+” appear on your Home screen.

These Exos are available for apps only, not for tweaking iOS on system level, like “real” jailbreak tweaks from Cydia do. 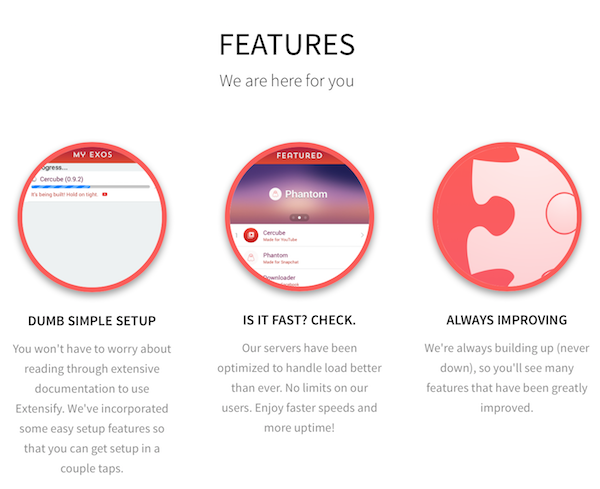 Currently, the platform is home to over 28 tweaks for a small collection of popular free App Store apps, including ported versions of popular jailbreak tweaks the likes of Phantom for Snapchat, though that number is expected to increase after the app’s final release.

Extensify also has an API available for developers to create their own Exos. As is the norm for stores that host third-party offerings, it’s up to the developers whether they want their tweaks to be free or paid, though the FAQ page of Extensify does claim most of the current collection is available for free. The app itself, on the other hand, will charge users a subscription fee for access to its store.

Extensify is compatible with any iPhone, iPad and iPod touch running iOS 8, iOS 9 and later. Extensify itself is installed on the device by sideloading it via Safari, followed by installing and trusting the configuration profile for it from Settings > General > Profile before the first run.

If you want to get in on the action, you can apply for a promo code over at https://extensify.io/ to try it out during its current soft launch period.