You do not have to be too old to remember a time when an SSD, no matter how small, cost a princely sum if you wanted to get the very best performance that was on offer.

Historically, choosing an SSD meant that you were ultimately choosing performance over capacity and if you are anything like us, that was an easy decision to make with mechanical drives being cheap and perfectly happy to act as data storage while an SSD ran all the apps. 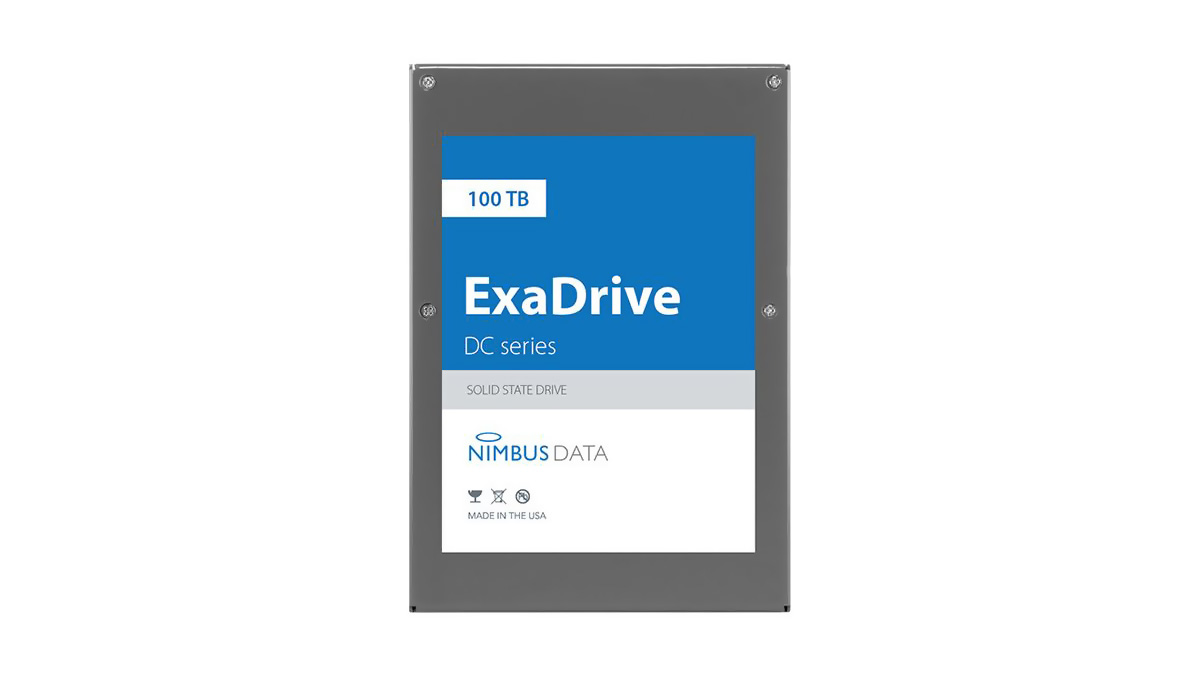 Now though, that is not necessary with SSD capacities continuing to grow. We now have a new king in that regard, with the world’s largest SSD now clocking in at an amazing 100TB.

That SSD is the Nimbus Data ExaDrive DC100 and it is set to be available to purchase this summer, with select partners now testing the device ahead of that public launch.

According to Nimbus, its new drive will utilize 3D NAND flash memory and be capable of storing huge amounts of data. If you’re a movie lover who wants the absolute quickest access to those titles, then you can fit around 20,000 of them, in HD, on this thing. With read and write speeds of 500MB/s, you’re not going to be sat around waiting for anything to start playing, either.

Of course, these drives are not aimed at people like us and will instead find a home in large enterprises where sheer speed and reliability is of the utmost importance. That’s a good job too, because while we do not yet have a price for the DC100, we think it’s probably fair to say that these things will not come cheap at all.