Eric Schmidt Spotted With Moto X, And He Seems Happy About It [IMAGES]

Motorola’s next, and possibly most anticipated smartphone ever, the Moto X, is currently in the middle of a rumor perfect storm that has seen the Google-owned hardware maker give out just enough information to be almost useless whilst the technology news industry manages to pick little tidbits up here and there. The latest photos to show up are considerably more than a tidbit, however.

During the annual Allen & Co. business conference, now Chairman Eric Schmidt was photographed using what could best be described as a mystery handset. Looking suspiciously like what we expect the Moto X to look like, the handset was certainly not being kept in the shadows by Schmidt. In fact, he seemed quite happy for it to be seen out and about. Call us cynical, but we can’t help but wonder whether the whole thing was staged. Surely not though, right? 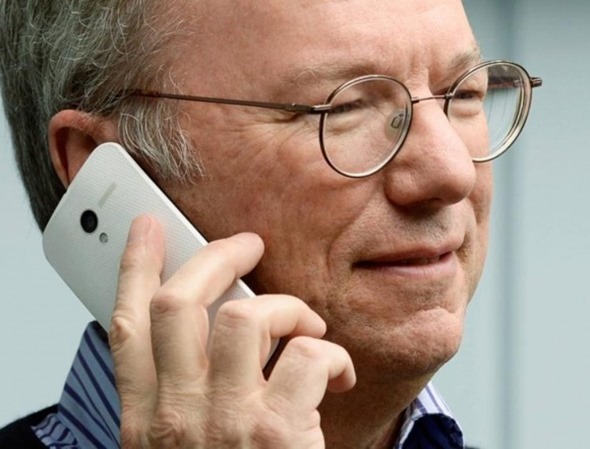 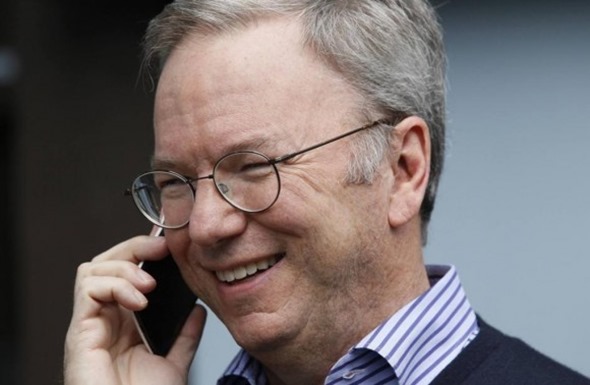 What we do know though is that this handset – whatever it may turn out to be – looks just lovely. With a rear that appears to curve and resemble something similar to an HTC One, the device also appears to feature a completely black facia. No hardware buttons are in evidence there either, and oddly the headphone jack appears to be dead center of the top edge of the device. We’re not sure we’re fans of that to be perfectly honest, but we’ll reserve judgment until we see proper photos of the thing first.

We can also see that the phone, at the edges at least, looks to be very thin indeed. It almost reminds us of the newest iMacs, and that’s no bad thing if you’re asking us.

The Moto X smartphone is currently full of more questions than it can actually answer, but we’re intrigued to see where the company goes with what is shaping up to be a very interesting device indeed. If we’re all as pleased with it as Eric Schmidt appears to be, then it’s sure to be great.

All we have to do is wait and see when Motorola takes the wraps off the darn thing.