Two couple of months ago, Microsoft announced that the next version of Windows Phone, codenamed ‘Mango’, had been finalized, yet no devices running earlier versions of the system have officially obtained ‘Mango’. Thankfully, official HTC ROMs have been leaked and made their way onto the Internet, enabling users of the HTC HD7 to run ‘Mango’ right now, one day after a similar ROM file was leaked for the HTC 7 Mozart. 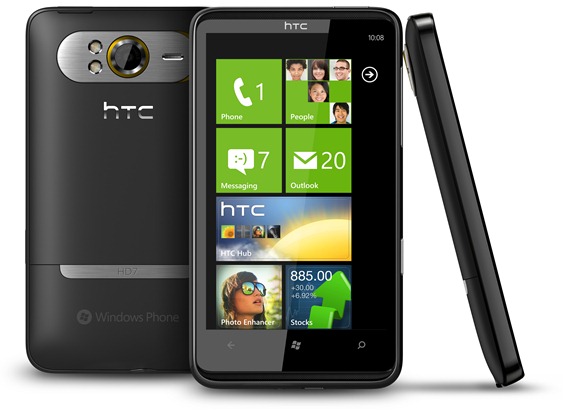 Last month, an unmodified ROM of the final version of ‘Mango’ found its way onto the Internet. Yet, the unmodified version contains none of the software HTC loads onto its devices, namely HTC Hub, a dashboard that houses several mini-applications such as weather and stocks widgets, and even a small notepad.

If you don’t want to lose these tools, you might be much happier with the customized ROMs that have leaked out today, for the HTC HD7 but also for a wide range of other HTC devices that came with Windows Phone 7 preinstalled, namely the Gold (Pro), Mozart, Spark (Trophy), and Schubert (HD7). The only one missing appears to be the Mondrian (Surround). Each of these ROMs, slightly different for each device, contain the final version of ‘Mango’, build 7720.68 along with all the HTC customizations, which you’d expect out of the box.

Before loading a custom ROM on any of these devices, make sure you have first removed HSPL, as we have described on this guide. Attempting to flash the firmware of any device without removing HSPL first could permanently brick it, forever voiding its warranty. Before proceeding, make sure you know the exact risks and take the right precautions: be sure you run the HSPL remover utility. You’re also advised to have some experience using Windows Phone devices and have a basic understanding of its inner workings. If you don’t consider yourself a power user, you should instead wait until ‘Mango’ is officially pushed to your device by HTC, which should happen fairly soon.

Windows Phone 7.5, also known as ‘Mango’, is the newest version of Microsoft’s mobile operating system. Building on the efforts of Windows Phone 7, which itself was a complete departure from previous versions of Windows Mobile. Mango includes several long wished-for features, such as multitasking, support for Zune SmartDJ, improved social networking integration features such as the ability to “check in” at places using Facebook places, an improved Camera app and several other smaller improvements. Mango was first demoed at a Microsoft event in April and is expected to progressively roll out to most Windows Phone handsets in the next few months.

Check out this forum thread for download links and additional instructions. But be aware, we will not be held responsible if something goes wrong, therefore proceed with caution and understand the potential risks involved in the whole process.