Root Motorola Droid Bionic On Android 2.3.4 Gingerbread [How To Tutorial]

Released just yesterday, the developer community has already found out a way to gain privileged access (read: “root” access) to the Motorola DROID Bionic. As a matter of fact, the DROID Bionic was rooted before it was publicly released, but the method has now been tested and is confirmed to be working. If you’re interested, you can follow our guide after the break. 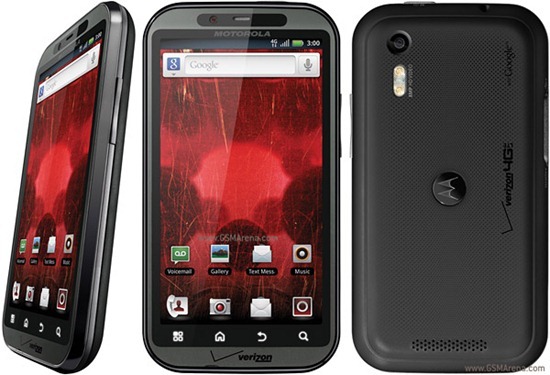 For the uninitiated, ‘rooting’ is a process by which users can get administrator access to their smartphone, allowing them to install some very powerful apps (like Titanium Backup, ShootMe etc) which wouldn’t have been possible before. The term ‘rooting’ is specific for Android devices and its equivalent in the iOS world is called ‘jailbreaking’, which I’m sure our readers are aware of as it is a regular topic here on Redmond Pie.

The method for rooting the DROID Bionic actually involves the exact same steps that were needed to root Motorola Droid 3, X2 and Cliq on Android 2.3.4 Gingerbread. But, still, we are going to repeat them here to keep things in order.

How To Root Motorola Droid 3 On Android 2.3.4 Gingerbread In One Click

DISCLAIMER: Redmond Pie is not to be held responsible for any loss of data as a result of the malfunctioning of your Motorola DROID Bionic.

The root comes from the folks at RootzWiki Android developer forums. It is based on an exploit found by developer djrbliss while the rooting tool itself has been written by framework43 and psouza4.

The procedure is quite simple to follow. Folks with medium or higher level of computer-related knowledge should have no trouble at all in rooting their newly purchased Droid Bionic.

Motorola is expected to release an over-the-air (OTA) update to patch the exploit discovered by djrbliss, so you are suggested to not update your DROID Bionic if it asks you to do so.

Step 2: Download MotorolaOneClickRoot_psouza4 [MediaFire Link] to your PC and unzip the .zip using a suitable software (we recommend 7-zip).

Step 3: Pick up your Motorola DROID Bionic. From the homescreen, tap the Menu button and go to Settings > Applications > Development. Enable the option for USB debugging.

Step 4: Connect your DROID Bionic with your PC and select the Charge Only mode option when it appears. If it doesn’t come up, select it after pulling down your Notifications drawer.

If you followed the steps correctly, your DROID Bionic will now be rooted on Android 2.3.4 Gingerbread.