Custom ROMs will no longer remain an Android-only feature as a new tool has been released for Windows Phone 7 devices which allows users to load custom ROMs on their phone. 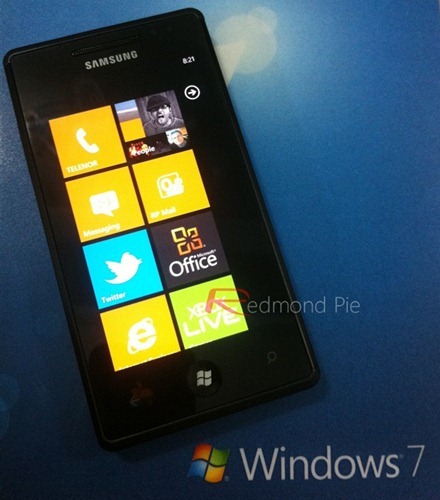 The tool has been developed by Dark Forces Team, a group of Windows Phone 7 hackers. The objective of their newly released tool is to create an RSPL/HSPL solution for WP7 smartphones.

Custom ROMs are pretty popular among geeks on Android because many Android smartphones come with pre-installed apps and other OEM modifications from wireless carriers/phone manufacturers which limit the phone’s abilities. Enthusiasts, then, install custom ROMs (read: modified versions of the stock operating system) which get rid of pre-installed bloatware and also come with delicious extras. 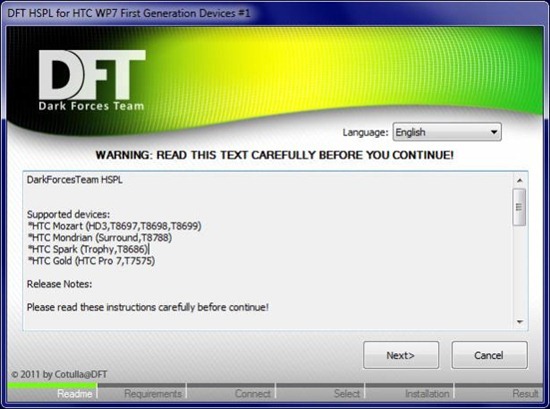 On WP7 smartphones, though, bloatware is essentially a non-issue because Microsoft maintains a tight control over what gets installed/customized on their devices before they are sold. Users can uninstall pre-installed apps with ease. The point, then, of installing custom ROMs is eliminated.

Still, we expect ROM Chefs (a term used for people who “cook” their own ROMs) to make good use of this tool. The folks over at XDA-Developers are a clever bunch and have never disappointed us over the years.

DFT’s RSPL/HSPL tool is available for specific first-generation HTC WP7 smartphones only at the moment: the HTC Pro 7, Mozart, Surround, Trophy and HD7. The HTC Arrive (Sprint) and Trophy (Verizon) aren’t supported yet.

The next version of Windows Phone 7 – which is titled Mango – is expected to release sometime in September this year. It addresses most of the major complaints levied against the WP7 platform and brings Microsoft’s beautiful mobile OS side-by-side with the likes of iOS and Android in the “three-horse race”.