After barely seeing the light of day on Google+ a couple of weeks ago before being hauled off, the hacktivist group who go by the name Anonymous stated its intention to come up with it’s own social networking site with a more open-source, anonymous platform. Promising to deviate from the censorship which affects the Facebookers and Googlers of this world, it was said to be aimed at those who “simply want a better internet”. 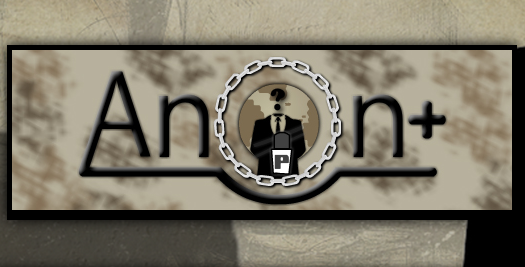 The site, named Anon+ (of course), was recently plugged via a tweet from @YourAnonNews and is seen my many as an attempt to create an online haven for hackers to thrive without the threat of government shutdown. The mission statement, which you can read on the site’s homepage (http://anonplus.infiniteserve.com/index.htm or http://anonplus.com), only seems to further imply this notion:

"This social network will also incorporate and facilitate an open source educational environment allowing those who want, to further their knowledge of things that are righted to them at birth without having to feed the machine thousands upon thousands of dollars to do so…They will be able to achieve knowledge on how to defend themselves against those who would stand to oppose them in the chance that their liberty and freedom be threatened."

The site itself is not fully completed, and is not what you would call the finished article by any stretch of the imagination. It has a very freewebs aura in not only the look, but the navigation. The group, which has been around for quite some time, has gained a reputation for making casual spelling mistakes, and has now scrambled to amend early errors in its mission statement. There doesn’t seem to be a very clear direction, either. The FAQ states that, "it is merely a network of free thinking, free minded people banding together to create an anonymous communications tool capable of sustaining a social network. What comes from it is left for the community itself to populate and utilize."

It’s hard to tell whether Anonymous can keep its promise of a free-speech communication network shielded from the prying government eye. Furthermore, it opens the door to all kinds of potential criminal activity.

It could all just be a publicity-based stunt, and with the arrest today of an 18-year old man believed to be Topiary from Anonymous spin-off LulzSec, the hacktivist community is not short of press coverage just now.