Just minutes after the new version of the Apple TV 2G software, 4.3, was unexpectedly released to the public, many have begun digging into it to look for enhancements and new features. One of those that was found right off the bat was the ability to stream already purchased TV shows, but it now turns out that iTunes itself, along with the iPad, iPod touch and iPhone are getting the same feature as part of iCloud TV. 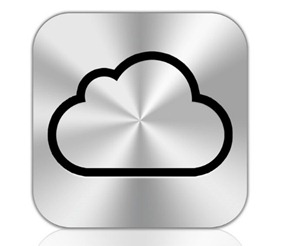 In case you’re not yet aware, iCloud is a set of features Apple announced back in June geared toward keeping data in sync. One of the main components of iCloud is the ability to keep media in sync across a multitude of devices as long as they’re able to run iTunes or are compatible with it, namely PCs, Macs, iPhone, iPod touch and iPad. iCloud TV will be just a small piece of the puzzle once iCloud is fully rolled out.

As you can tell from the screenshot below, Apple has turned on the ability to download TV shows that have already been purchased by a specific account to any device that’s authorized by the said account. You can choose to download all the episodes you’ve purchased, ever, which could be the whole series, or just a specific episode by clicking on the “Download” button, similarly to what can be done with songs and apps today. Presumably, the content will be streamed or rather than be downloaded on mobile devices and on the Apple TV due to their relatively small storage.

As users rely more and more on different devices, including multiple computers and mobile handhelds, it’s now more important than ever to be able to access an identical content library on any device at any given time. Syncing the same iTunes library across different devices has been around for years but has been seen as an incredibly tedious task, but it’s now as simple as setting it and forgetting it.

iCloud features more than just tight integration between iTunes libraries. In fact, the service will allow many types of content, including documents, email, e-books, calendar events and contacts, to be streamed across devices all with an Internet connection. While the iTunes wing of iCloud, dubbed as iTunes in the Cloud, has been accessible for quite some time since its announcement at WWDC earlier in June, the remaining services are expected to be available sometime in the fall at every enthusiast’s favorite price: free.