If you’re an Apple TV (2nd-gen) user, you might be happy to know that an unexpected update has reached the platform: version 4.3 (Build 8F455) has reached devices. This new update includes several benefits, including the ability to stream TV shows, even those already purchased from iTunes, right from your TV.

The Apple TV 2G, which was announced just under a year ago, has already received several updates, this one being the latest one. Unlike the older Apple TV, this one runs a modified version of iOS, allowing Apple to streamline its development strategy and still be able to put out great products. Version 4.3, which has now been released, is based off iOS 4.3, but it includes more than just under-the-hood improvements.

For the first time ever, users are able to stream the TV shows they’ve purchased through iTunes straight from their TVs. Previously, users could play TV shows from Apple TV, but only rent them for 99 cents a piece, not watch those that had already been purchased from iTunes. This is definitely a great improvement for those who are trying to get by in Apple’s relatively closed environment.

More than just commercial content, the new Apple TV software also helps expand the reach of independent video. While the device has long offered support for YouTube, 4.3 includes for the first time ever support for Vimeo, a high-end video site often used by independent film makers and artists. Content on Vimeo can be accessed much like YouTube content, which will hopefully help independent artists stand out. 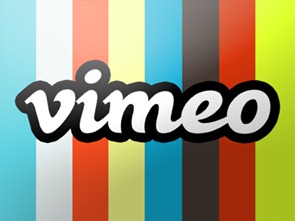 Since this update has just been out for a few minutes, we’ll likely find out about additional improvements over the next few hours. From what we know, however, there’s no reason not to install this update immediately given the benefits it includes. Version 4.4, which will be based off iOS 5, is still in beta form and on track for release later this year.

The Apple TV has long been considered by Apple, and more specifically Steve Jobs, as a “hobby”. First unveiled in late 2006 and shipped a few months later, the device wasn’t updated until late last month. The Apple TV 2G is much smaller in size and includes flash memory instead of a traditional hard drive. Although the device is selling for the attractive price of $99, its sales numbers have remained consistently low as most customers have preferred other set-top boxes with a broader feature set.