Like most of the Service Packs for Microsoft Windows, this one follows in the same direction, containing all the security and recommended updates that you would usually receive through Windows Update. Windows 7 SP1 also includes RemoteFX which will provide rich 3D experience for remote computing.

Windows 7 RTM was announced back in July 2009. It is publicly available since the official launch, which was held on October 22nd 2009.

The Release Candidate (RC) version of Windows 7 SP1 was officially released back in October last year. 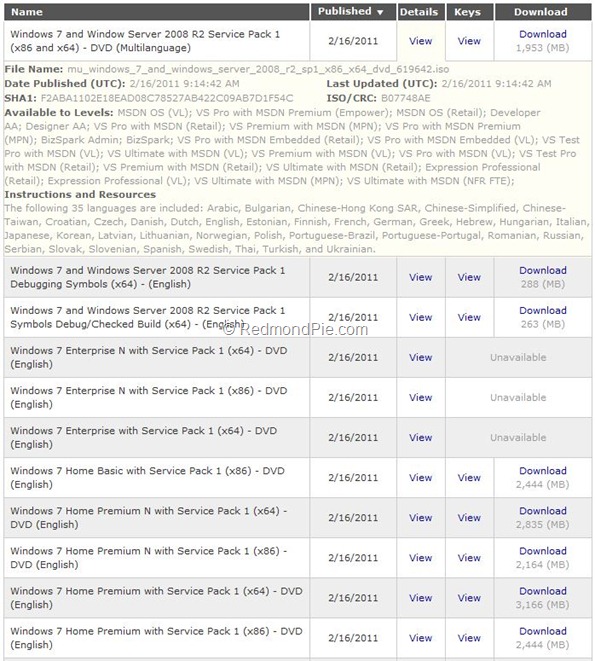 Check out our Windows 7 Center for the complete coverage on the latest client version of Windows.