The ICC Cricket World Cup 2015 kicks off in just a few days, with February 14th being the start of the eleventh world competition to take place in a sport that is massive around the world. As with every big sporting event, whether that be the Olympics or FIFA World Cup, people want to keep up to speed with how well their team is doing, as well as those that they are going to be competing against. Now they can do just that when the Cricket World Cup starts, thanks to the official app for both iOS and Android.

Available in both smartphone and tablet guise, the Official ICC Cricket World Cup app is free to download and includes a whole host of features that are sure to keep even the most critical of cricket fans happy. 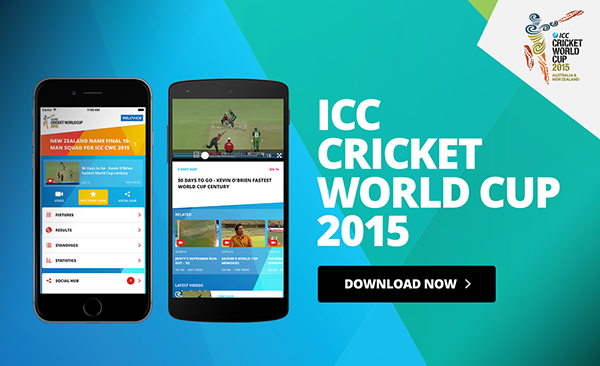 Top of the list is sure to be the feature that allows fans to select the country that they will be supporting and then receive tailored news and score updates based on that selection. The app becomes more personalized as soon as a team is chosen, meaning you need never miss out on the latest news that specifically relates to the country you are supporting. 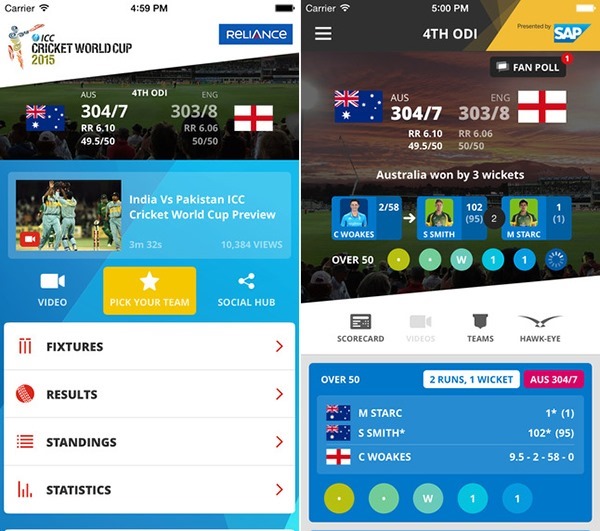 Keeping track of those scores is one thing, but seeing the action is a whole different one and thanks to the inclusion of exclusive match videos and highlights, the official app has you covered. 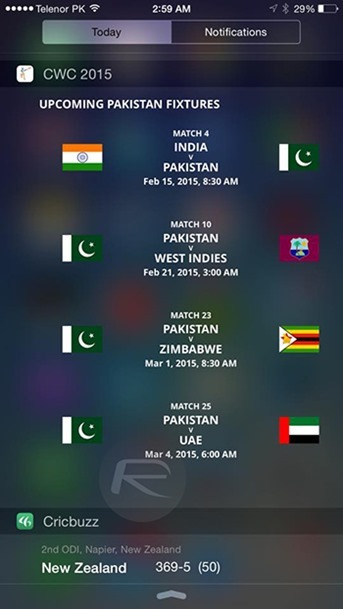 Users of the app on iPhones and iPads will also benefit from the inclusion of a Today screen widget that makes sure you’ll never miss a big game again by showing all of your selected team’s upcoming fixtures. No more fiddling around adding dates and times to your calendar. 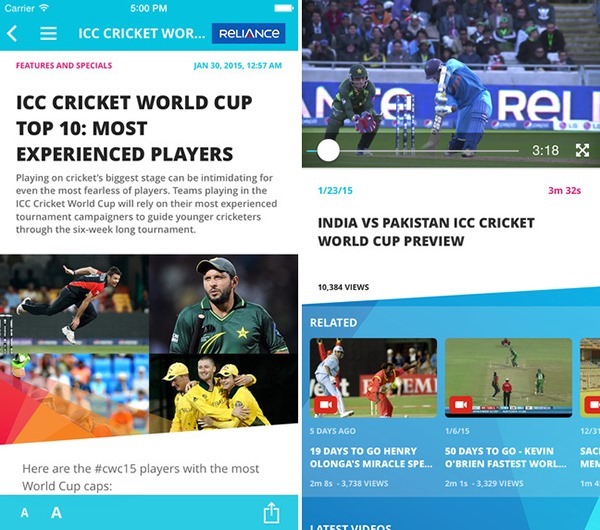 The Official ICC Cricket World Cup 2015 app is live in the App Store and Google Play now. Go get it before the tournament starts next weekend!