You can now download Ventura macOS 13 beta 1 for your Macs. Here are the details on this release from Apple for testers and developers.

WWDC22 is now underway and following the opening keynote Apple has now made a slew of software updates available for download by developers. One of those is macOS 13 beta 1 and it can be downloaded right now. 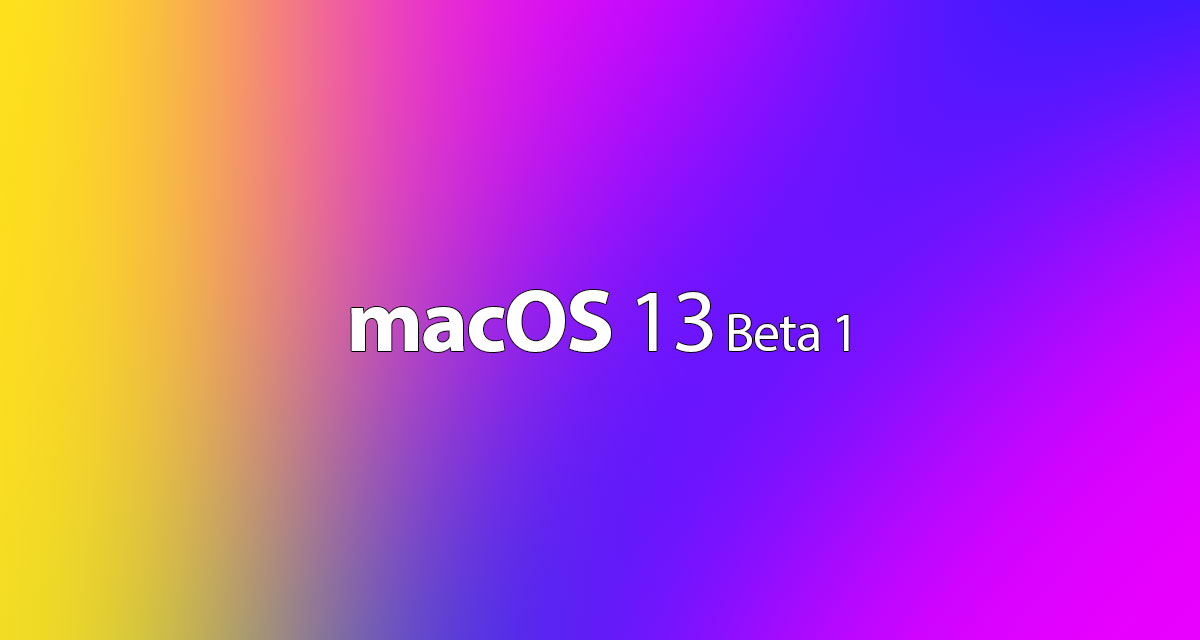 The big macOS 13 update is set to be the next milestone release for the software that millions of Mac computers run on.

This new update was first announced during the WWDC opening keynote just hours ago, and now registered developers can install it for free – barring that developer registration fee, of course. Downloading and installing the macOS 13 beta 1 update is a simple affair and you can download the required beta profile from the Apple Developer Program website now.

As always, a word of caution is required. These early betas can have some pretty big bugs in them and even older features from past releases can break. We would only suggest installing this first macOS 13 beta if you have a space machine to test it on. Installing it on the main Mac that you use day to day is a bad idea, at least for now. Hopefully future betas are more stable.

The developer betas are designed to give creators of apps a way to make sure that their wares continue to function as expected on Apple’s latest and greatest operating system.

A public beta will give early adopters a chance to install it, but that won’t happen until Apple is confident that it has fixed most show-stopping bugs. The rest of the world will be able to install macOS 13 later this year.