Apple has today released for download iOS 15.7 final IPSW links and OTA profile file along with that of iPadOS 15.7. These updates arrive on the same day that the company also released iOS 16. Both of these new updates are available with security fixes included.

While iOS 16 is now available, the iOS 15.7 update is designed for people who aren’t updating to iOS 16 or have a device that is not compatible. The iPadOS 15.7 update is required for all compatible iPads because the iPadOS 16 update isn’t yet ready — Apple is expected to release it to the public next month. 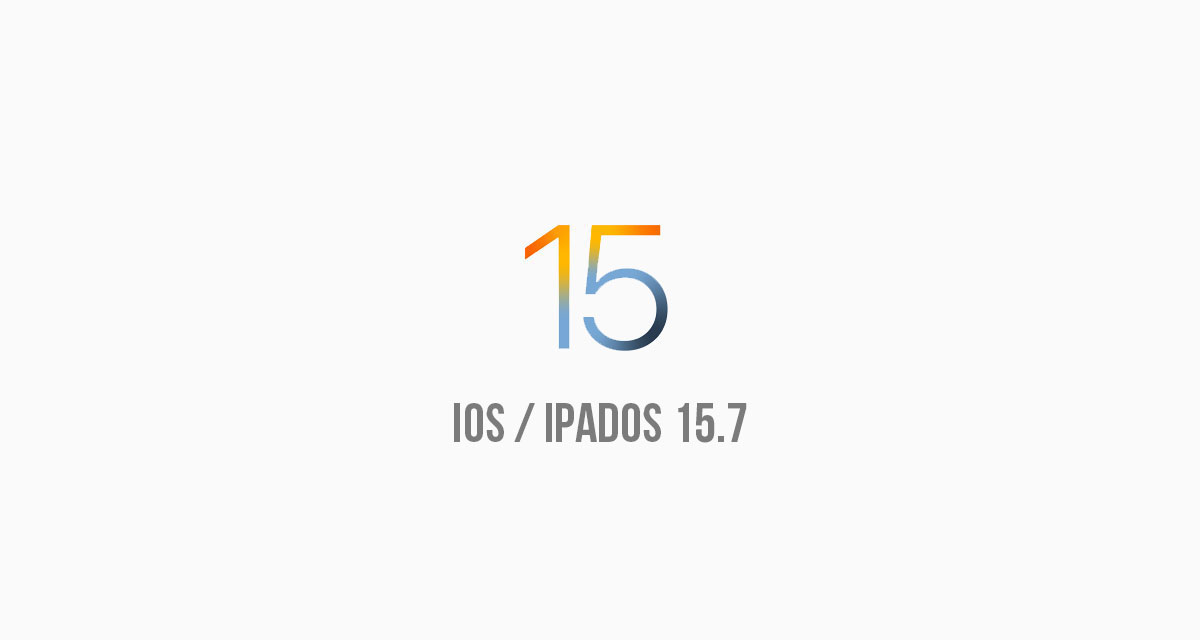 These new updates deal with a number of security fixes relating to Contacts, MediaLibrary, Safari, and more. Notably, a number of the fixes released are related to the Kernel, with various potential impacts confirmed.

However, only one of the security holes was actively exploited according to the release notes, although that’s more than enough to suggest that everyone should update to this new software as soon as possible.

If you’re running a device that supports iOS 16, you can of course update to that release instead.