You can now download iOS 13 beta 2 IPSW links and over-the-air (OTA) update for iPhone as well as iPadOS 13.1 beta 2 for iPad. With this seed, the second beta of iOS 13.1 and iPadOS 13.1 are now available for all registered developers with compatible iPhone and iPad devices.

For those developers who may have been out of the loop for the last week or so, Apple may not have pushed iOS 13 and iPadOS 13 out into the public domain but it has not only started working on iOS 13.1 but also seeded it to developers and testers for testing and consideration. 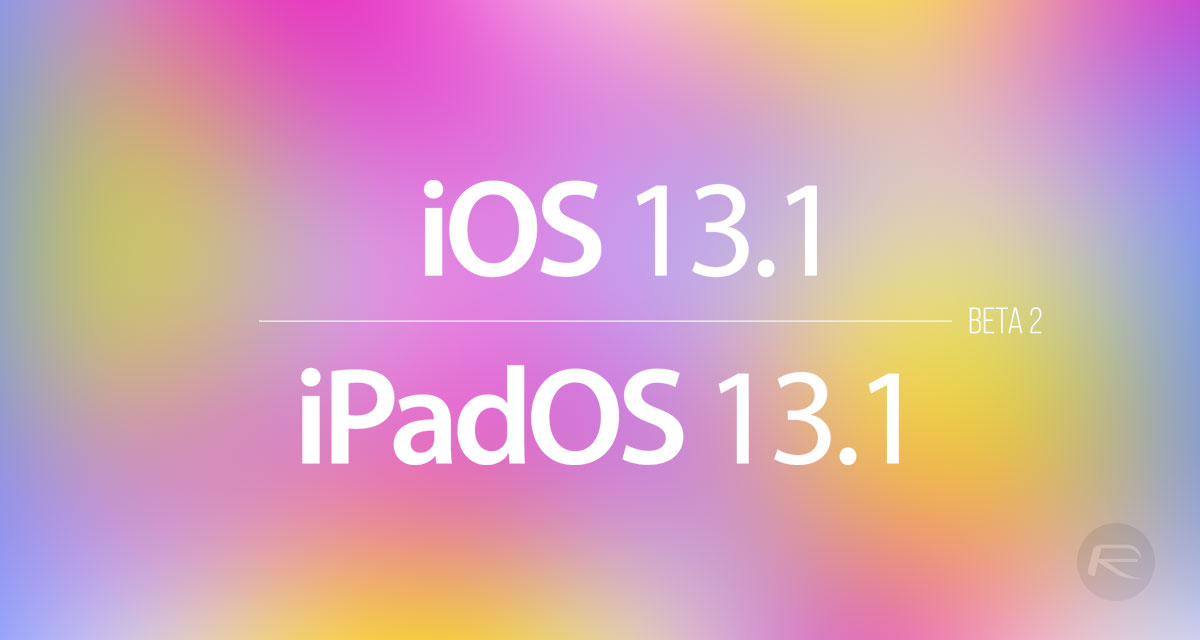 At the time of iOS 13.1 beta 1 going out to developers, the community started to wonder whether or not Apple had actually made a mistake with that release considering it was yet to actually released iOS 13/iPadOS 13. With this second seed, it seems it was a purposeful release by Tim Cook’s company.

Still, it may have been an intended release, but that doesn’t mean that the development or testing communities have any idea what was actually contained therein. Apple is approaching the nine pre-release seed mark as far as iOS 13 and iPadOS 13 are concerned and has just hit the second beta with iOS 13.1 and iPadOS 13.1. The lack of any coherent or in-depth release notes suggests that the company doesn’t want to go into detail about the purpose of iOS 13.1 and iPadOS 13.1.

That type of stealth behaviour only serves to increase curiosity from everyone involved. What is Apple hiding, if anything, in the iOS 13.1/iPadOS 13.1 codebase? What does the firmware contain that couldn’t be pushed out with iOS 13.0 and iPadOS 13.0 considering neither of those two has actually gone into production yet? Or, is this just something entirely less sinister and Apple wants to keep a specific fix or patch on its own branch so as to not mess with the initial release of iOS 13 and iPadOS 13? That sounds more like it.

If you are a developer, and if you are interested in ensuring that iOS 13.x is as stable and as reliable as it possibly can be, then be sure to grab iOS 13.1 beta 2 or iPadOS 13.1 beta 2 right now as an OTA update or as an IPSW file from developer.apple.com to put it through its paces.