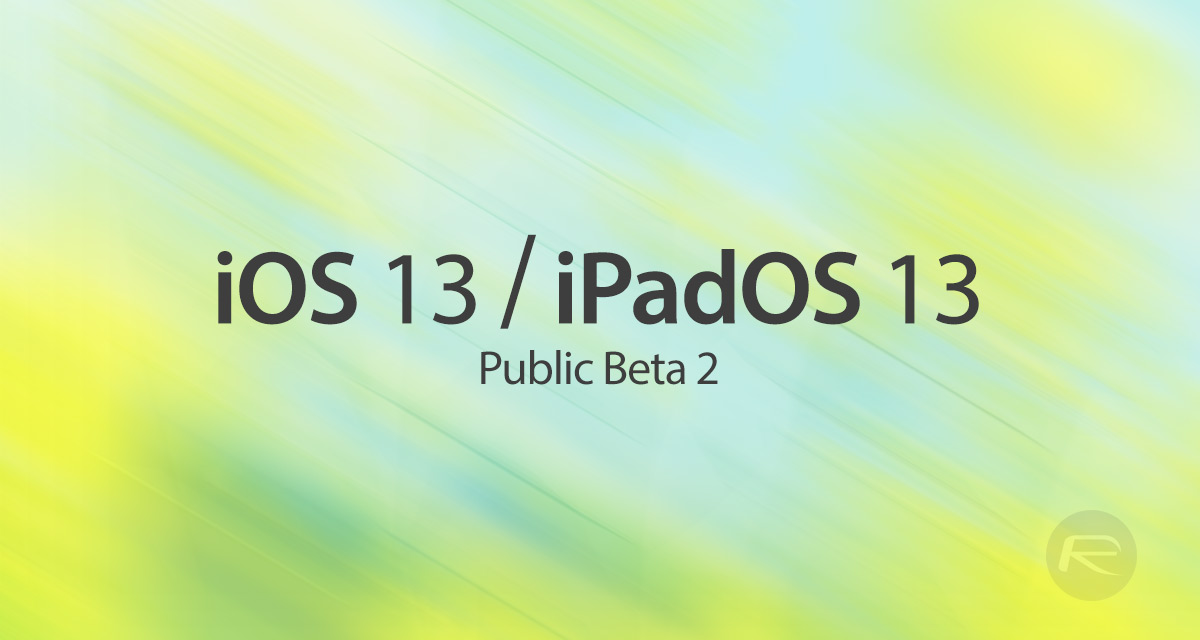 Apple normally offers new public betas of iOS with almost military precision and timing, which makes it slightly strange that Mac and Apple TV fans were able to get their hands on the second public betas of macOS 10.15 Catalina and tvOS 13 before iPhone and iPad owners were able to benefit.

Still, it’s reasonable to assume that Apple is receiving a lot more interest in iOS 13 and iPadOS 13 than it is in other platforms, and will, therefore, be receiving a higher rate of issues and bug reports that it needs to deal with internally.

The staggered release means that iOS 13 public beta 2 and iPadOS 13 public beta 2 are now available for registered public testers from beta.apple.com or as an OTA update directly from the iPhone or iPad in question. Some public testers may not be aware of this, but they are essentially one release behind in terms of versioning, which means that public beta 2 is the exact same build as developer beta 3 which was seeded earlier in the week. Developers have had their chance, now it’s the turn of the public to go to work.

As is always the case, keep in mind that what you are about to download and install are still only the second pre-release seeds to be released into the public testing community. From a translation perspective, this means you can, and will, encounter bugs and issues across all levels of severity and therefore should not be installing these seeds on your main device upon which you rely on a day-to-day basis.

As previously mentioned, public beta 2 is the same build as developer beta 3 and has been shown to have issues with iCloud data and some irrational behavior from the native Phone app. Install at your own risk and remember, file bugs frequently with Apple to ensure we can all benefit from a  solid build when September comes around.

For instructions on how to install this latest public beta, check out our guide here: Download iOS 13 Public Beta And Install The Right Way, Here’s How.