The release follows sequentially on from iOS 13 beta 5 and includes an IPSW download as well as an over-the-air option for those who prefer to install directly on the device. 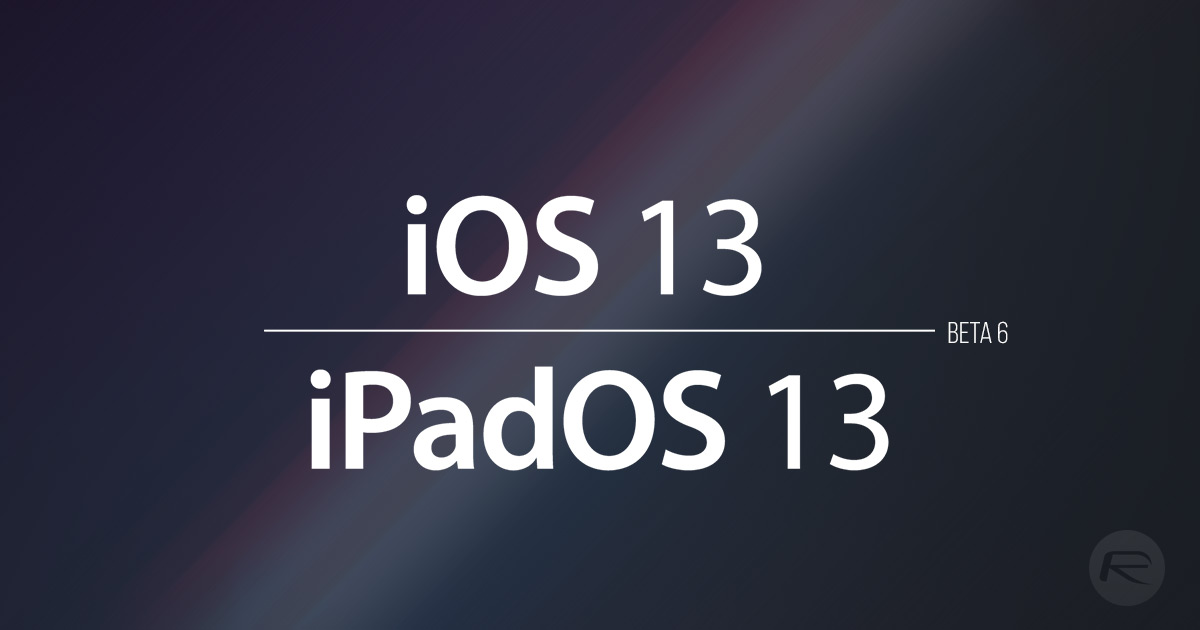 We now find ourselves approximately seven-eight weeks away from Apple pushing out iOS 13 and iPadOS 13 into the public domain. That release will likely coincide with the release of Apple’s new iPhone hardware but will also give existing device owners access to a whole array of new features. With this release, Apple has also confirmed that it will continue to pump out new builds with an increased frequency, which, in turn, should hopefully mean we start to see improved stability and feature-complete functionality.

It’s an increasingly exciting time to be a developer in the Apple ecosystem. And the creation and subsequent release of iOS and iPadOS 13 is a testament to that. Apple is not only introducing new features to end-users but is also introducing things which are specific to software developers and will add to the already extremely versatile world of development that iOS developers find themselves in. This, of course, includes new developer-facing features and frameworks, such as SwiftUI and Project Catalyst, with the latter allowing developers to bring iPad apps to the Mac platform with relative ease.

Standard users will benefit from features such as a system-wide Dark Mode, an enhanced Photos app experience, and even an all-new Maps experience. Apple has also introduced a new Swipe typing experience, Sign in with Apple, and a revamp to the Reminders app experience. This could be one of the best new iOS experiences yet and developers are asked to be at the forefront of this by getting involved in the continual testing of the platform.

For those who don’t have the privilege of accessing an active developer account, worry not! Apple will be following this release soon with the seeding of iOS 13 public beta 5 for all of those public testers with a compatible device. Remember, keep in mind that although Apple is now releasing pre-release builds thick and fast, these are still very much pre-production seeds and will include bugs, instabilities, and performance hiccups. Install (OTA from Settings > General > Software Update or IPSW from developer.apple.com) at your own risk.