Apple has made iOS 10 public beta 2 available to download for users registered on Apple’s Beta Software Program to install on their compatible iPhone, iPad and iPod touch devices.

Those who have chosen to be a part of the iOS 10 beta experience can now take advantage of all of the latest improvements and additions that have been bundled into this latest build, which follows right in the footsteps of this week’s iOS 10 beta 3 release for developers. Speaking of iOS 10 beta 3 for developers, today’s public beta 2 build is exact same seed which was released as beta 3 to devs earlier this week. 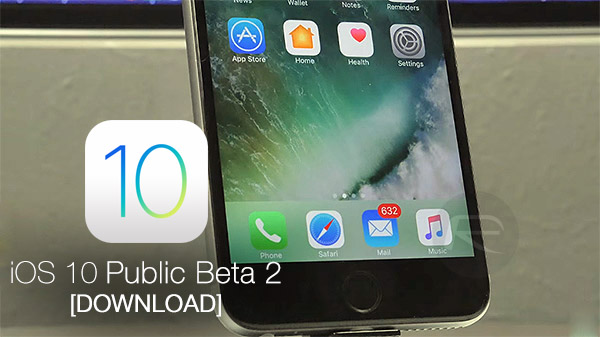 With beta 3 of iOS 10 having already been rolled out to registered developers, testing is already underway, bugs are already being reported back to Apple, and a slew of upcoming third-party apps are already being tested against the platform to ensure ongoing compatibility. Availability on a public level to registered public beta testers means that Apple will have a larger army of testers to put iOS 10 beta 3/public beta 2 through its paces now, which will hopefully result in the reporting and ultimate eradication of the majority of bugs as we steamroll toward a final launch later in the year.

As you might expect, the launch of a new beta version of iOS 10 ultimately means that there are a number of new changes, improvements, and additions for testers too sink their teeth into. The “Rest Finger to Unlock” feature which initially made an appearance in iOS 10 beta 2 is now more than just an empty Settings option, meaning that testers can actually enable it and use that feature to unlock a device via Touch ID. That new keyboard click sound, originally released in beta 1 and removed in beta 2, which has mangled to polarize opinions amongst many users, is also back with iOS 10 beta 3/public beta 2.

Apple has also taken the first steps of really showing off the fact that Siri is now available to third-party developers via the new Siri SDK. As of iOS 10 beta 3/public beta 2, the Settings > Siri preferences now contains an App Support section that outlines the third-party apps that have been built to support and make use of the Siri digital assistant. This also shows the apps that are able to access any data that goes through Siri. Quick Actions via 3D Touch have also been updated in beta 3/public beta 2 with additional clarity. There are a few other notable additions into iOS 10 beta 3/public beta 2, but where’s the fun in outlining them all? For a detailed look at the changes packed into iOS 10 beta 3, and iOS 10 public beta 2, check out our post here: iOS 10 Beta 3: New Features And Changes.

If you are already running the previous public beta of iOS 10, you can simply head over to Settings > General > Software Update to download and install this latest version. 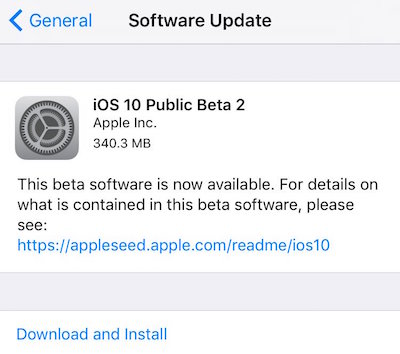 However, if you’re new to this, check out our step-by-step guide on how to install iOS 10 public beta on your iOS device: iOS 10 Public Beta: How To Download And Install The Right Way.