Fans of photo editing apps rejoice, because you are about to get your hands on another one and it will not cost you a penny.

The app in question is infltr, and Apple is offering users of its Apple Store app the chance to download it now, free of charge. The app would normally cost $1.99 and is highly regarded amongst those who edit photos beyond simply resizing them. 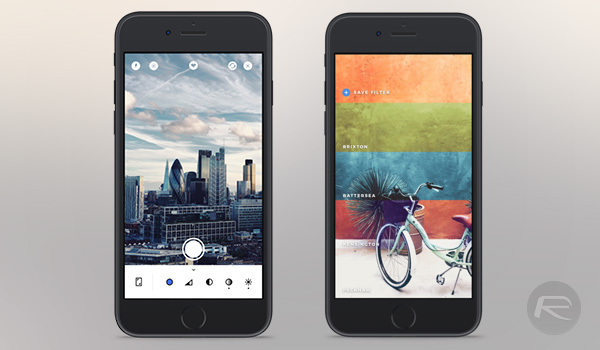 Available for both iPhone and iPad, infltr offers users over 7 million filters thanks to a super special color gradient mapping algorithm. As if that wasn’t enough, it also affords users the ability to choose a filter before they take a picture or record video. This being an iOS app, everything is touch-based and changing filters or hues is just a case of touching and swiping across an image.

Users of devices that include 3D Touch support can also use the gesture to invoke a secondary menu that has shortcuts for things like switching between the front and rear-facing cameras as well as enabling vignette and Live Photo modes. The gesture also hides the option to enable the flash.

Even Apple Watch owners can get in on this action, with the wearable able to be used as a remote trigger for an iPhone or iPad that is running Infltr, and that is the kind of thing that can prove really useful when taking certain kinds of shots. 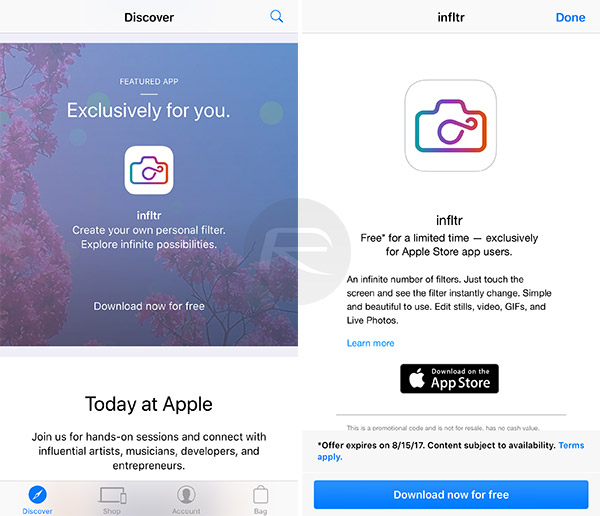 Getting your hands on your free copy of infltr is super simple – simply download and launch the free Apple Store app, then scroll down within the Discover section on the main store screen to find the offer for infltr. You’ve got plenty of time to get your download started, too, with the offer not ending until August 15. Note that if you’re rocking iOS 11 beta on your iPhone or iPad, you might face problems redeeming the offer.