Samsung has officially announced the availability and release of what it’s calling Experience 9.0 UI for the Galaxy S8 / S8+, which follows on from the previous Experience 8.5.

There’s been a fair amount of speculation over recent weeks about something Android Oreo-related coming from Samsung, and now, with the release of Experience 9.0, we know that Galaxy S8 and S8+ owners will be offered the chance to get involved with and try out Android Oreo before other Galaxy device owners have that opportunity.

The official announcement from Samsung focuses on the prior release of Experience 8.5 for the Galaxy Note 8 and then goes on to confirm that Experience 9.0 is based on the latest version of Android, bringing the latest UI and UX to the Galaxy S8 and S8+. There is also confirmation that the next Galaxy flagship device will be built and released with Android Oreo running on it. The announcement also confirms that the ‘Experience’ will be available for select customers in select territories:

The purpose of the Experience 9.0 is to put Android Oreo in beta on Samsung’s top-of-the-range smartphones in order to use the customers and owners of those devices to test out the UI and UX of Oreo and to give the company vital feedback and data on how it performs. Very similar to how Apple moves with new major versions of iOS, Samsung is looking to gain valuable feedback in the early stages in order to ensure that any version of Android Oreo which is pushed out and installed on its next flagship is ready for a final consumer release, and offers the premium fluid experience that Galaxy device owners demand. 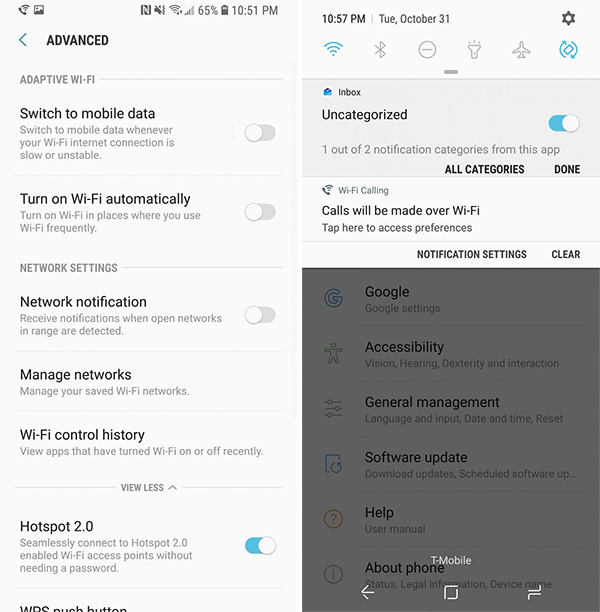 Those who meet the initial criteria – in terms of owning the correct compatible device type and living in the correct region or territory – will need to download the Samsung+ app from the Google Play Store and go through the registration process that can be accessed from the top of the interface. This will go live on November 2 in the UK, US, and South Korea.