Great news, folks! After a period of fixing and improving, Cupertino-based Apple Inc. has given the go-ahead for the release of macOS Catalina beta 3, watchOS 6 beta 3, and tvOS 13 beta 3 for all compatible Mac, Apple Watch, and Apple TV hardware.

This latest beta is all about improvements and enhancing the user experience as part of the roadmap toward an official public release. Let’s dive right in and see what each platform is about. 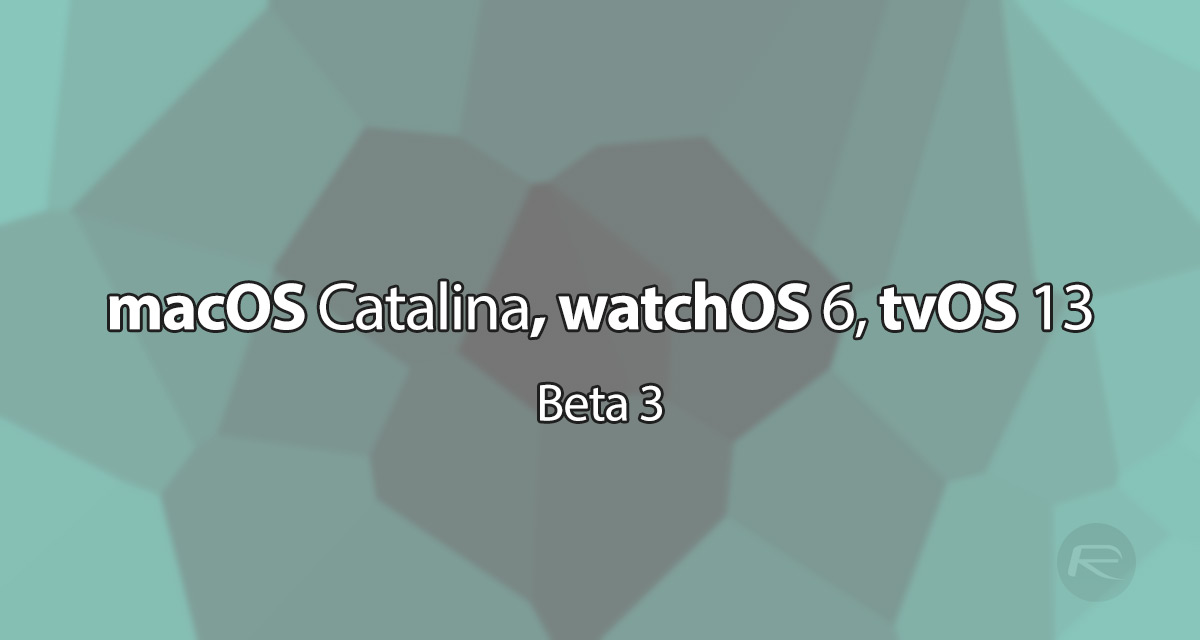 macOS Catalina beta 3: This is the version of macOS that a lot of people have been waiting for. It offers dedicated Apple Music. Podcasts, and TV apps. It introduces Sidecar which allows an iPad to be used as a second monitor. It brings the Screen Time app from iOS to the Mac for the first time and it even unveils Project Catalyst, which makes it a lot easier for developers to port iOS codebases over to the Mac. Find My and new Voice Control features also add to a very accomplished update from Apple.

watchOS 6 beta 3: watchOS 6 isn’t a huge overhaul of the firmware which powers Apple Watch but it definitely brings some notable improvements. It offers a brand new charging animation which animates nicely into the Nightstand UI. It comes with a new set of watch faces offering an additional choice for Apple Watch owners and it even has improved health features for those who use Apple Watch predominantly for health and fitness-based tracking and metrics.

tvOS 13 beta 3: tvOS 13 comes with a new shiny redesigned Home screen, the ability to view music lyrics through Apple Music which track with the song playing, and stunning game controller support for DualShock 4 and Microsoft’s Xbox One Wireless controller. Perhaps the biggest feature improvement and one which users have been crying out for is the addition of a multiuser system which allows multiple accounts on one Apple TV with a personalized Home screen and experience for each user.

For all of the general public-based testers out there who don’t have access to an active Apple Developer Account, then worry not! Apple will be releasing the exact same builds of macOS Catalina and tvOS 13 as public beta 2 in the next 24-48-hours, which means that you will also be able to start testing the latest improvements and feature enhancements.