You Can Now Downgrade iOS 10.3.3 To Any Version On Any 32-Bit iPhone Or iPad For Performance Gains

If you ever see a tutorial which walks you through the process of downgrading the firmware on your iPhone or iPad, it’s generally got something to do with getting onto a version of iOS which can be jailbroken. However, in this instance, we’re talking about downgrading a 32-bit iOS device from iOS 10.3.3 to any version of firmware for performance gains, rather than one with any tangible or immediate benefit for jailbreaking.

The ability to take one of Apple’s 32-bit devices running iOS 10.3.3 and restore it to any version of iOS is definitely something which is going to intrigue the hardcore user and iPhone enthusiast. 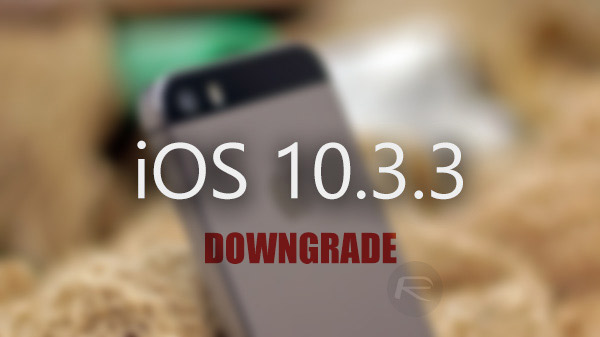 After all, most people are under the impression that it’s really Apple who stipulates the route in which devices can upgrade or downgrade, with the Cupertino-based company generally only signs one historical firmware version which typically sits one version behind the current public release for a device. However, using this method, with the correct device and running the correct firmware, it’s possible to live beyond what Apple has in mind and get downgraded to almost any version of iOS.

Of course, this wouldn’t be the world of Apple devices if the joy and excitement weren’t dampened a little bit by being covered in caveats and restrictions. First of all, the process is hugely technical and actually involves making a lot of changes and having an insider knowledge of Apple devices, file systems, and even the command line. Secondly, similar to modern jailbreaks, this is essentially a tethered downgrade, which means that once the device is rebooted or turned off, you will be forced to physically restore the phone, as outlined by Reddit user Benfxmth, who penned the process:

This is for advanced users only and the risk is high. If you ever slide to power off your device you’ll be forced to restore because iBoot will refuse to boot the old kernel. You have been warned.

Thirdly, as interesting and impressive as this is, there’s no real benefit to going through the process unless you want to make significant performance gains by taking one of Apple’s newer 32-bit devices and downgrading the firmware to the point that it places much less strain on the hardware. Because the modern h3lix jailbreak actually supports iOS 10.3.3 so there is no real need to move down from a jailbreak perspective.

With all of that in mind, the process is highlighted below for your consideration. Enjoy, and remember, be careful!