Cydia 1.1.28 Beta For iOS 10 Jailbreak Released, Here’s What You Need To Know

The man once given the title of “The Godfather of Jailbreaking”, and the very same individual who is responsible for the upkeep and improvement of Cydia, Jay Freeman, has announced the availability of Cydia 1.1.28 beta to bring better compatibility with devices running the iOS 10 – 10.1.1 jailbreak Yalu + Mach_Portal released by Italian developer Luca Todesco.

Anyone with any working knowledge of the jailbreak community, and who therefore has been keeping abreast of the latest Yalu jailbreak for iOS 10.1.x from Luca Todesco, will already understand that the jailbreak is very much the definition of unstable. It’s a beta for a reason and is therefore not recommended at this stage for everyday jailbreakers. 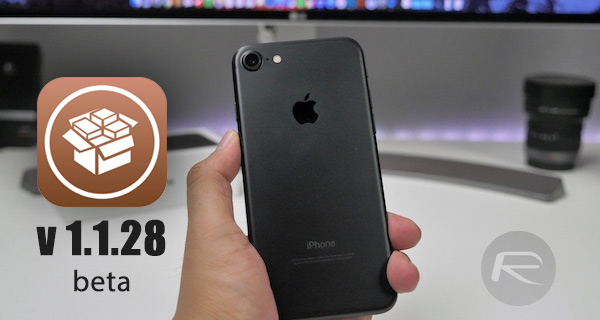 A large part of that instability is largely due to the fact that some of the most important components, like Cydia and Cydia Substrate, haven’t actually received any updates to offer the level of compatibility that the community would come to expect from the first public iOS 10 jailbreak release.

Now though, at least one of those two components, Cydia, has received a new version 1.1.28 update, and it is currently offered as a beta release. With this new release, Jay Freeman is attempting to bring that full required compatibility to devices running iOS 10.1.x. More importantly, it also brings in 64-bit support.

There is, of course, a variety of other fixes and improvements within the 1.1.28 beta releases (up to three seeds as of this writing) of Cydia, as well as a fairly comprehensive list of known issues that Freeman and his team still have to tackle. 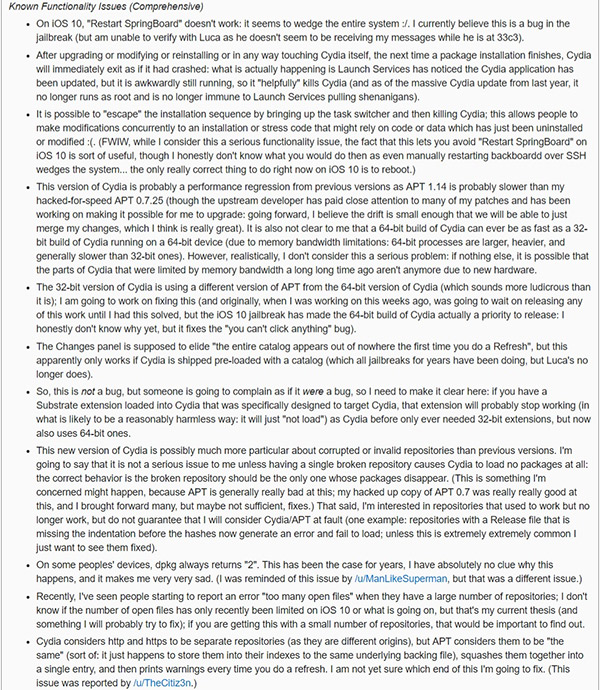 If you are feeling adventurous, and want to try out the latest version of Cydia as a beta install for iOS 10.1.x on your jailbroken device, then you can do so by following the instructions below. Be warned that this beta release is meant for iOS 10 users only.

Step 1: First up, add the following source in your list of Cydia sources: http://apt.saurik.com/beta/cydia-arm64/.

Step 2: Once this source is added, wait for Cydia to refresh and show you the available new upgrades. Once done, it will show you three new upgrades available which are related to this new version of Cydia, namely Cydia Installer, Debian Packager, and Tape Archive.

And that should be all that you need to do to get up and running with the 64-bit version of Cydia, version 1.1.28, on a jailbroken iOS 10.1.x device. Remember, this version of Cydia, like the jailbreak itself, is very much in a beta form, meaning issues should be expected. 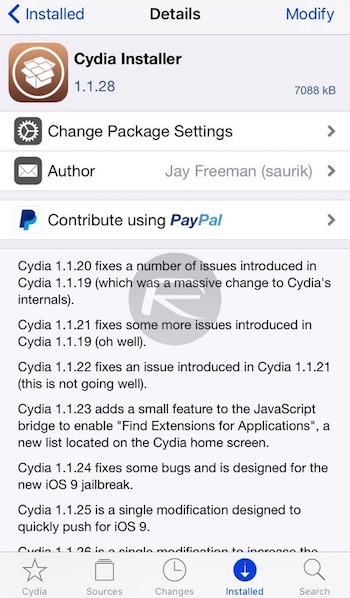 If you are a non-developer who is already jailbroken on iOS 10.x, our advise would be to stay on Cydia 1.1.27 until Cydia 1.1.28 is out of beta and ready for public consumption.