Get MacBook Battery Time Remaining Back In Menu Bar, Here’s How

Here’s how to get your MacBook battery time remaining indicators back in the menu bar on macOS Sierra 10.12.2 and later.

Apple’s decision to remove the battery life estimate from macOS Sierra as part of a recent update to 10.12.2 on all MacBooks, has caused all kinds of consternation amongst users of the company’s portable computers. Be it the owners of the new MacBook Pro, or older MacBooks like MacBook Air, nobody really has welcomed this change. 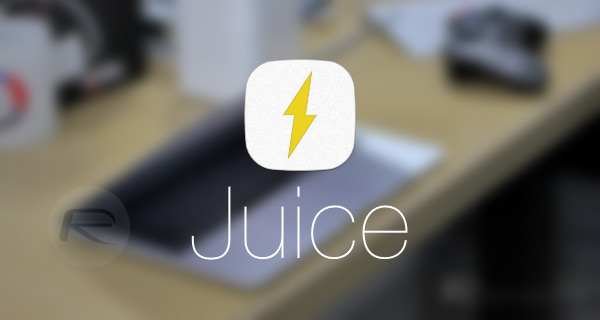 With no sign of it coming back, at least in the official capacity, those same users have had to turn to some tricks, and alternatives created by third-party developers. One of those alternatives is Juice, a little app that’s available to download for free from GitHub.

Juice’s premise is simple. Rather than directly replacing the feature which Apple removed, Juice seeks to show how well a battery can be expected to last by offering different cues, such as emoji, or ASCII art. In fact, Juice can be customized to display strings of text as well depending on the current battery level. Want your battery status to say “Charge me now you idiot” when you’re down to the last 10% of juice? No problem, Juice can do that.

According to the developer:

As it turns out the IOKit framework provides a wealth of information and triggers about what’s going on with your computer. With this framework you can get power source information and generate callback when values of these sources change!

Going a step further, I wanted to define a format that would allow for people to create their own scales! Which you can now do, but it’s strings only for the time being. 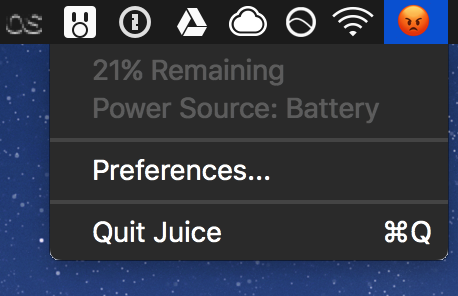 It’s not all good news though. In order to configure Juice just the way you want it, you will need to edit the app’s plist entry to reflect just what it is you want to be displayed at the different battery percentage levels, so you’re going to need to be comfortable doing that before going any further. It isn’t difficult to do, but it’s much more hands-on than a lot of people will be used to, especially when all we’re trying to do here is get some fancy battery level indicators.

That said, many people may be satisfied with what Juice has to offer right out-of-the-box, and has enough options to at least make up for the feature that Apple so rudely decided to pull from macOS. You can download the app right now from GitHub.