How To Track The Time You Spend In Individual Mac Apps

Have you ever wondered where your time goes when you’re sitting in front of your Mac, either at home in a leisure environment, or in the office on the company’s dime? The idea of self-managing your own time and tracking how much of it you’ve actually spent using individual apps sounds like a relatively easy enough task, but in reality, given the number of apps and packages we use, it can be a logistical nightmare.

That’s where the very simple, but very functional and useful, Usage app for Mac comes into its own. It helps Mac owners by tracking exactly how much time they are spending – or wasting as the case may be – using different apps. 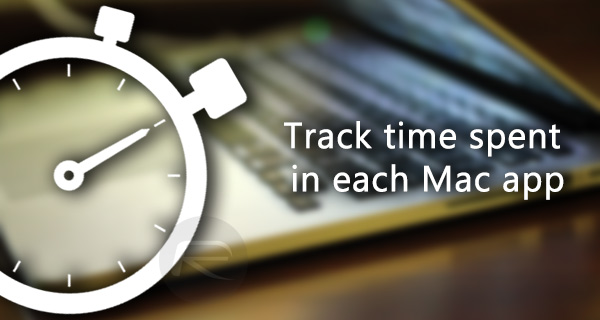 Usage is definitely one of those Mac apps that gives its functionality away with its chosen naming convention. In fact, much to the delight of those Mac owners who appreciate and demand simplicity, Usage is the very definition of Keep it Simple, Stupid, purely to show how much time is spent in each opened app on an installed Mac on a day-by-day basis.

This information is shown in a very simple interface in a drop-down box from the macOS menu bar, with the user able to scroll through the information by day. For those that appreciate a small amount of additional functionality, the developer has also added the ability to create groups of apps. It’s also possible to wipe the slate clean and delete all recordings that Usage has actually taken.

Finally, Usage doesn’t do anything evil or malicious with the data. It doesn’t take all of those readings and upload them to a remote server anywhere. It doesn’t offer any integration with other apps or web services to share that data with other vendors. It simply records the data, stores it locally on the user’s Mac, and displays it in a very simple interface. 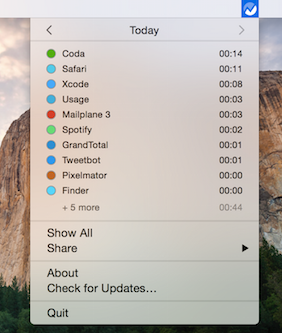 It’s very easy to think outside of the current Usage functionality and think about extending the service to include some kind of time management integration for allowing users to track and chart exactly how much time is being invested in apps. This could be perfect for developers using Xcode, or designers working in Photoshop or Sketch. However, that’s not what Usage is about. It’s simple; it’s lightweight; and it’s entirely free to download.

Usage is compatible with any Mac running macOS 10.9 or later, and can be downloaded by heading over to the following link: cheatsheetapp.com/usage/.