Over the Christmas weekend, a new build of Windows 10 was leaked, giving Windows enthusiasts an opportunity to give an unreleased, unfinished version of Windows a try before Microsoft intended for it to be seen by the outside world. Since then, it has been something of an open season on new discoveries surrounding the new build, and the internet has been ablaze with screenshots and tweets showing off what Microsoft is working on. But one change had been missed by everyone, according to Microsoft employee Matthijs Hoekstra.

In a tweet, Hoekstra mentioned that there was a “big change” that was still to be discovered and that he was curious as to when it would be discovered by all those who were looking. In an attempt to set them on the right track, he simply offered one clue – “Green!” 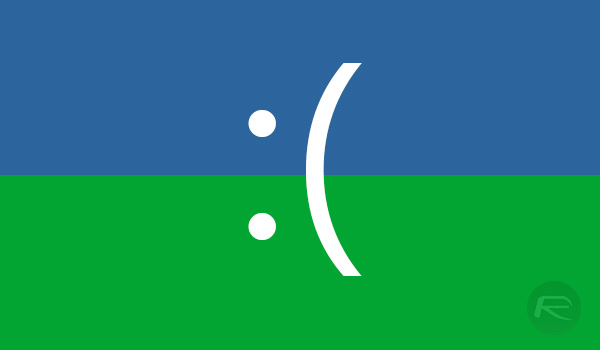 As it turns out, it didn’t take that long before the clue gave the game away, with Twitter user Chris123NT discovering what the big secret was, tweeting a photo of it in reply to Hoekstra. Unfortunately, it’s more mildly interesting than it is mind blowing, but sometimes, it’s just nice to play along, right?

So what’s new? Well, the big change that Hoekstra was talking about is the removal of the now-infamous Blue Screen Of Death, with the role now being taken on by a Green Screen Of Death. See what we mean? If you were waiting for a grand reveal, then we’re sorry to disappoint.

Fans of the blue variety of error screen will be pleased to learn that this new green variety is only going to be available to Windows Insiders, so those of us who are on the normal track of Windows releases will have to make do with the vanilla blue screen of death whilst the cool kids get their green version. We’ll just have to try and soldier on.

You can view the new Insider Preview STOP Error screen below. The only thing that seems to have been changed is the color. It’s unclear why it was changed as even Hoekstra did not have an explanation. 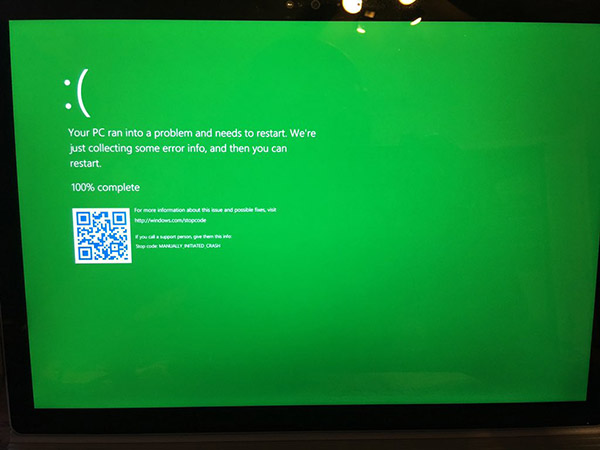