Microsoft is readying a new “Game Mode” feature for Windows 10, which will allow the operating system to better allocate system resources in order to provide the best possible gaming experience.

The feature was first spotted within a leaked version of Windows 10, build 14997, and has also been confirmed to be part of the upcoming Creators Update according to a post shared by WalkingCat (@h0x0d) over on Twitter. 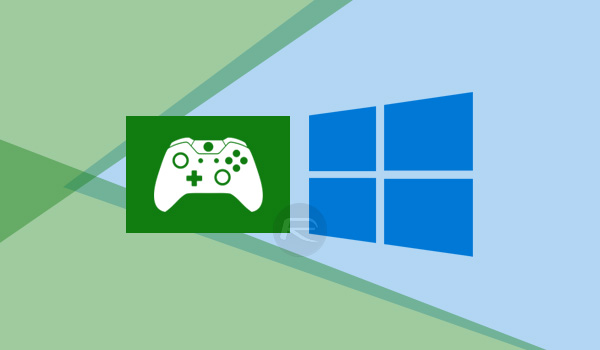 The unannounced Game Mode is one that Microsoft clearly hopes will provide a better experience for PC gamers by limiting the resources other applications can use when a game is running, allowing that game to utilize the additional resources in a quest for improved graphics, better performance and an all around more console-like gaming session.

The link to console gaming shouldn’t be ignored here. The Xbox has traditionally used a similar model whereby a game being played is the signal for the console’s operating system to limit the resources used elsewhere in order to better serve the game being played. Similar technology within Windows 10 could potentially allow PC gaming to be moved on to the next level.

It’s unknown at this juncture whether the Game Mode functionality would be compatible with games provided by third parties such as Steam or Origin, or whether titles downloaded via the Microsoft Store would be the only games able to take advantage of it. We can only assume that universal compatibility would be the order of the day here, which is a good thing, considering the many botched PC ports of otherwise fantastic games causing frustration among users of the platform nowadays. 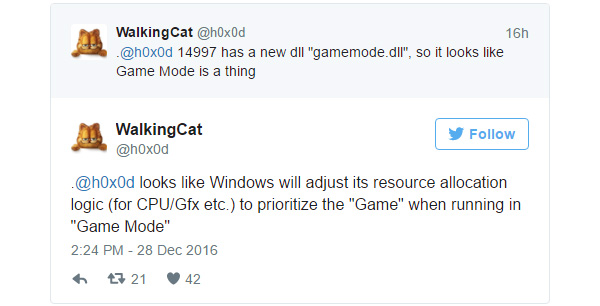 Microsoft continues to blur the lines between Windows and Xbox, and the introduction of a new Game Mode could see Microsoft’s two gaming platforms become even more similar at their cores.

The Windows 10 Creators Update is due around Spring time 2017, so gamers can look forward to their PCs being a little more Xbox-like around that time.