DVDVideoSoft has released Free Netflix Downloader tool for Windows to let users download videos off Netflix. Here are the details.

Netflix may have pushed forward its own proposition by introducing offline video downloads for specific videos on mobile devices a number of weeks ago, but in the minds of some Netflix subscribers that simply doesn’t go far enough. Rather than being able to only download very specific content on mobile devices, Windows-based subscribers have been looking for a way to get any Netflix video downloaded onto their machines. 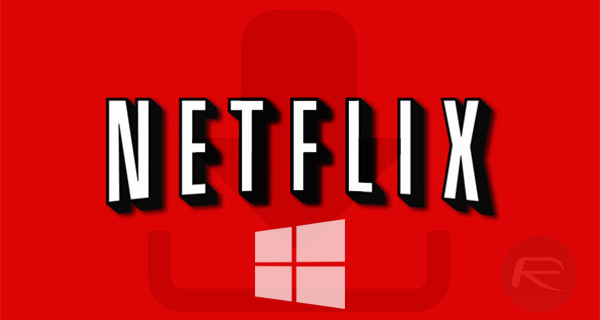 Step forward DVDVideoSoft with its new ‘Free Netflix Downloader‘ tool which does exactly that. There are no real prizes on offer for guessing what this tool is designed to do.

After all, it most definitely falls into the category of having its name give away its functionality. When logging into Netflix, users are simply asked to copy the URL of the video and then enter it into the easy-to-use interface on the ‘Free Netflix Downloader’ tool. The software then goes to work by hitting Netflix’s servers and downloading the video to the user’s machine for viewing at a later date, completely offline.

Additionally, the software, which Alex of DVDVideoSoft describes as “the ONLY app in the world that can do this trick now!”, also offers conversion abilities with the options to covert the downloaded video into AVI, MP3, or a version that’s specifically optimized for iPhone or iPad. There’s also full support for multiple downloads to allow Netflix subscribers to grab multiple files at a single time, and is specifically being aimed at either people with slow Internet connections, or those who simply like to store media on their machines for consumption at a time that’s more convenient to them.

The software itself is nowhere near as good as Netflix’s own download functionality in its mobile apps. The quality of the video that’s downloaded is less than adequate, and is by no means up to the same standard that subscribers are used to watching when streaming via Netflix’s own app or website. But the advantage here is that you get full digital copy of Netflix’s video which you can convert and playback whichever way you like and on whichever platform you prefer instead of being limited to using Netflix own mobile apps for the official offline video functionality. DVDVideoSoft says that they will add ability to download videos in higher quality in future updates.

Of course, it’s highly likely that Netflix won’t exactly be happy about the existence of this tool. There’s been no pushback from Netflix yet, and certainly no cease and desist order put in place or requested. However, if this takes off, and Netflix tracks more downloads coming from ‘Free Netflix Downloader’, then it’s likely the company will act to try and close this down.

For now though, you can download Free Netflix Downloader for Windows from: dvdvideosoft.com/free-netflix-downloader.htm.